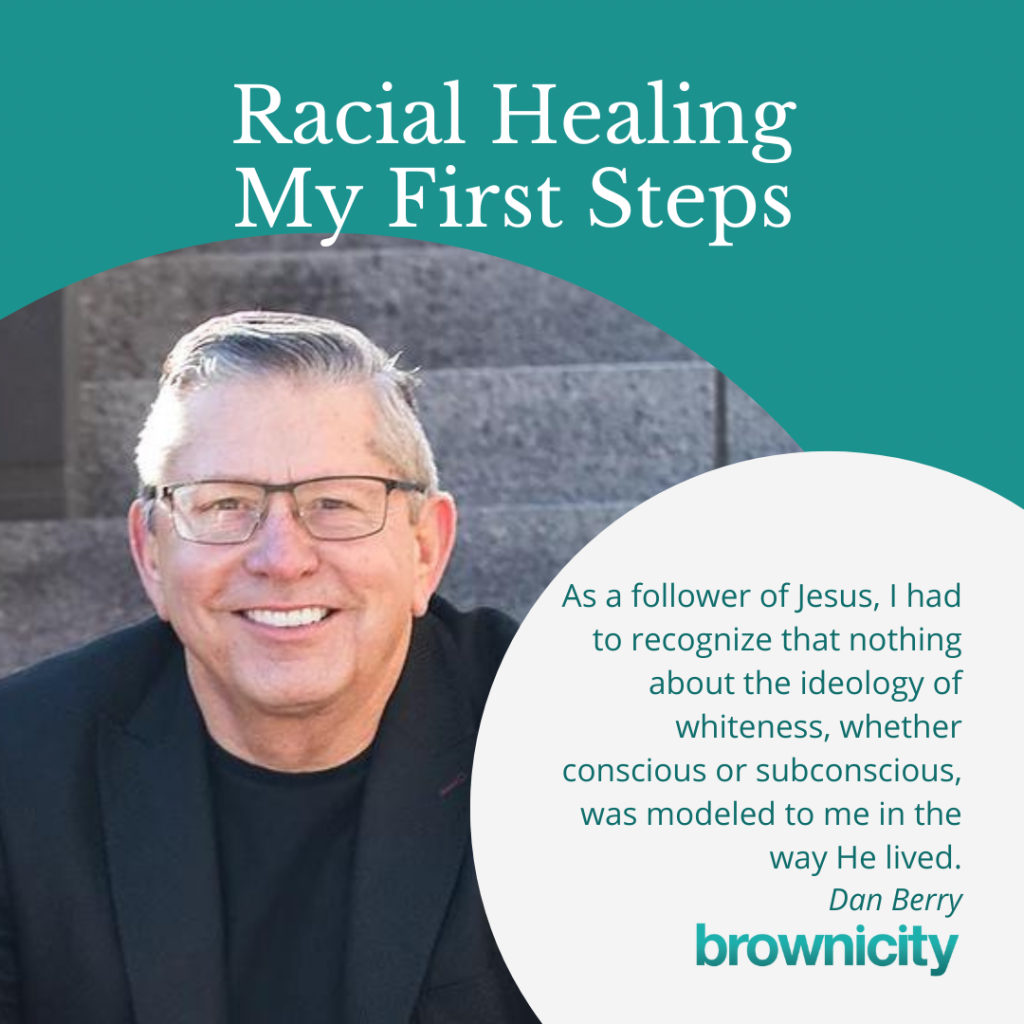 Growing up in Iowa and living in a small, rural white community, race had never entered my mind.  I guess when you are born into whiteness, race is something that belongs to everyone else but you.

The irony of my story is that for most of my life, I didn’t realize that my mom and her family had been, in many ways, ostracized for not being white enough.  As Italian immigrants before WWII, they had been marginalized and excluded from many of the opportunities afforded to those who were a part of the majority culture. By the time I came along, their differences had been lost in the melting pot as the definition of whiteness was expanded.  ‘White’ was all I knew.  I had never considered that I was anything but white.  Race and its issues were not a part of my life and experience.  At least that’s what I thought.

As a white person, being white is something that I didn’t have to think a lot about.  But it didn’t take me long to consciously begin to think, that compared to everyone else who isn’t white, I had it the best. I had never heard anyone say “white knows best,” or “white is best,” but that doesn’t mean it was not there.

When I facilitate What Lies Between Us, the course, in a non-judgmental way, begins to expose the ideology of White Supremacy and all of the privilege that goes along with it. We learn how White Supremacy dominated the thinking of those who were directly involved in laying the groundwork for almost every element of a new and growing nation.  When white people see it for what it is, it opens a floodgate of emotions — anger, guilt, defensiveness and a host of other emotions. All tend to engage the fight or flight response in people.  In my life, it was both. At first I wanted to fight, “that’s not me, I’m not that way, I didn’t do that, don’t put that on me!”  It was exhausting trying to defend something that, for the most part, was invisible to those in it.  When that didn’t bring any comfort I began to just avoid talking about it, ignoring its realities and the impact that it was having on others.  In the fight or flight posture, I began to realize that there was no learning taking place. Just a perpetual state of confusion and misunderstanding.  Not until I began to understand that discussions relating to white supremacy, and white privilege were not a personal affront on my character, did I relax enough to learn the truth about it.

The course What Lies Between Us taught me so much about race — what race actually is and what it isn’t.  We talk about how race is a construct, something that was constructed to marginalize people of color and keep them in a place of disadvantage.  But what I didn’t understand was that Whiteness was also a racial construct created to keep white people in positions of power, dominance, and subservient to injustice.

When I learned what race and racism actually are, I had to make a choice.

Am I going to pretend like I don’t know what it is and just leave it alone?  Was I going to posture in the fight or flight protection mode and continue to live under its umbrella of protection and privilege?  Or, was I going to start the process of deconstructing the ideology that had shaped who I was?  As a follower of Jesus, I had to recognize that nothing about the ideology of whiteness, whether conscious or subconscious, was modeled to me in the way He lived.

Could it be that he knew we would struggle with these things and maybe that’s why He said:

Giving up privilege is not easy.  Deconstructing systems that advantage some and disadvantage others will not happen overnight.  But my prayer is that we would find the courage we need to take our first steps into the light of life.

If you have lost hope for a world where we truly love and care for one another, remember that God uncovers mysteries hidden in darkness – He brings light to the deepest gloom. Job 12:22 NLT

Dan Berry is the author of Navigating Diversity In Our Most Segregated Hour, a Certified Instructor for the What LIES Between Us and Confronting Whiteness courses, and advises individuals and organizations on how to take first steps toward racial healing through Bridge Building Solutions.

He has pastored for forty years in Iowa.  After pastoring in predominantly white spaces for several years, he began to realize the need to bring about racial healing in the body of Christ. For the last 30 years he has worked to bridge ethnic and cultural divides, a work that has led him into confronting the churches complicity in upholding systems of racism.