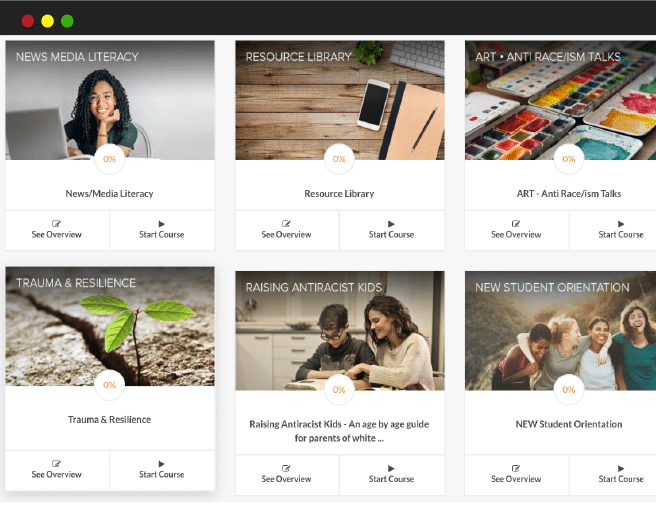 The Brownicity Team offers eye-opening, anti-racism education through customized courses and events. We support learners of all ages by partnering with individuals, churches, schools and companies.

BECOME A MEMBER
Check out our courses

What LIES Between Us.

This course and guide are for those stirred toward racial healing but don’t know where to begin. Historically, conversations about race/ism are treacherous waters to navigate and the ‘colorblind’ approach has robbed us of a framework, context, and language.
BUY THE BOOK
Want to learn more? 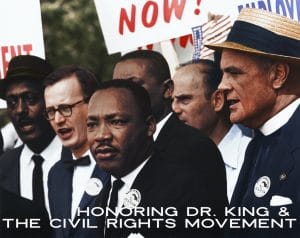 by Dr. Tehia Starker-Glass What more do you know about Dr. King? We honor Dr. King every third Monday in January. But what do we really 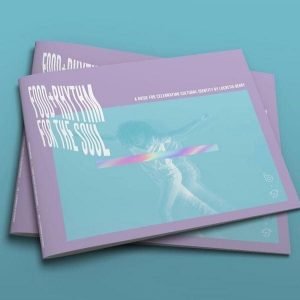 Food & Rhythm for the Soul – A guide for Celebrating Cultural Identity

“Celebrating our cultural identity — acknowledging God’s expressed self through our collective journey — is not only food for our souls, but feeds those who have never experienced the Divine expressed in this way.” — Lucretia Berry 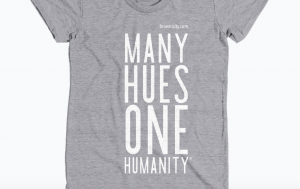 Our tee is listed among the ‘Most Popular!’

Tees, Tanks, Sweatshirts Choose your style and color! Brownicity – Many Hues, ONE Humanity — the word, the tagline, and the work — fosters space to

Miné Okubo was an American artist 👩🏻‍🎨 and writer. 📖 She is best known for her book “Citizen 13660,” a collection of 189 drawings and text chronicling her experiences in Japanese American internment camps during World War II.Miné’s parents came to the United States in 1904 to represent Japan 🇯🇵 at the St. Louis Exposition of Arts and Crafts. Okubo’s father was a scholar and her mother was a calligrapher who graduated with an honors degree from the Tokyo Art Institute.🎓 Miné was born in Riverside, California, and, encouraged by her mother, studied the arts in college. She eventually received a Master of Fine Arts degree from UC Berkeley in 1938.👩🏻‍🎓🎨 Receiving the Bertha Taussig Memorial Traveling Fellowship in 1938, Okubo spent two years traveling in France and Italy where she continued her development as an artist. 👩🏻‍🎨 In Paris, she studied under the famous avant-garde painter Fernand Léger. 🎨 But in September 1939, war broke out in Europe. Okubo was stranded in Switzerland at the time, and she eventually obtained a pass allowing her to return to the United States.🧳Then on April 24, 1942, within five months of the Japanese attack on Pearl Harbor, and two months after Roosevelt's Executive Order 9066, Okubo and her brother, Toku Okubo, were relocated to the Japanese internment camp of Tanforan. At the former racetrack in San Bruno, California, they lived in a converted horse stall furnished with army cots and a constant smell of manure, adjusting to the twice-daily roll calls, curfews and the lack of privacy. After six months of confinement, Okubo and her brother were transferred to the Topaz Relocation Center in Utah. Cameras 📸 were forbidden in the camps, but Miné felt compelled to document daily life through her art. ✍🏼📒 Almost never without her sketchpad, she recorded images of drama, humiliation, and everyday struggle. She explained that she “had the opportunity to study the human race from the cradle to the grave, and to see what happens to people when reduced to one status and one condition.” She made over 2000 drawings and sketches of daily life in the camps, many of which were included in her book.While interned, Okubo helped to found the Tanforan Art School and later the Topaz Art School, in conjunction with Berkeley art professor Chiura Obata and other fellow artists, who were also detained. At both locations, Okubo taught art lessons to children, adults, and senior citizens.Fortune Magazine noticed Okubo’s drawings after she entered a magazine contest with her drawing of a camp guard. They asked her to come to New York City to work as one of their illustrators, which allowed her to leave the internment camp in 1944. Okubo continued her career as an artist, earning numerous awards and recognitions.🏅🎖️ In 1981, she testified before the Commission on Wartime Relocation and Internment of Civilians about her life in internment, and the passing of the Civil Liberties Act in 1988 recognized the illegal removal of people of Japanese ancestry from their homes in World War II. Internees were awarded financial compensation. Miné Okubo died in 2001. 🇯🇵🇺🇸Take some time to 👀 through these links to learn more about Miné Okubo. ❤️🤍 You’ll be glad you did!🖼️🎨 National Women’s History Museum www.womenshistory.org/education-resources/biographies/mine-okubo 🖼️🎨 Densho Encyclopedia encyclopedia.densho.org/Mine_Okubo/ 🖼️🎨 Miné Okubo Art Collection JANM janm.emuseum.com/groups/mine-okubo-collection/results 🖼️🎨 Center for Social Justice and Civil Liberties Riverside csjclriverside.wordpress.com/tag/diego-rivera/ #AAPI #AAPIHM #aapiheritagemonth #AsianAmericans #PacificIslanders #educateyourself #education #learn2learn #antiracismeducation ... See MoreSee Less

Here’s an opportunity to LISTEN 🎧 👂🏼 and LEARN 📚 🧠 💭 about the diversity within Asian American Pacific Islander (AAPI) communities, as well as how deep the connections are to all facets of American history. Check out these trailers and mark your calendars ✅ 📆 with the premieres of some new films and shows featuring AAPI stories on PBS this month on your local stations! 📺 PBS is also presenting many more titles that you can stream, including memorable films that have previously aired on PBS stations (like the series “Asian Americans”)! 🎥🍿 Don’t miss it!!👏🏼👏🏽👏🏾👏🏿#AAPI #AAPIHM #aapiheritagemonth #AsianAmericans #PacificIslanders #educateyourself #education #learn2learn #antiracismeducation ... See MoreSee Less

Pacific Islanders are the group that makes up the "PI" part in AAPI, or Asian American and Pacific Islander identities. They're a much smaller group — in fact, according to the 2019 U.S. Census Bureau estimate, there are roughly 1.4 million Native Hawaiians/Pacific Islanders "alone or in combination with one of more races who reside within the United States." Thus, this group is often underrepresented in media, and when their culture actually is featured, society often paints a false narrative of paradise. The history of the islands is complicated, but the spirit of the people who live and have origins there is unwavering.To better understand and appreciate the Pacific Islander culture in a respectful way, it's a good idea to dig into books written by Native Hawaiian and Pacific Islander authors. You'll find that these books — novels and fiction — often utilize different writing styles, such as lyrical prose and poetry, and have likely only recently been translated to English in the past few decades, which makes for a more interesting read. Ahead, 15 historical novels, poetry and fiction books written by Pacific Islander authors.www.goodhousekeeping.com/life/entertainment/g36263448/books-by-pacific-islander-authors/?fbclid=I...#AAPI #AAPIHM #aapiheritagemonth #AsianAmericans #PacificIslanders #educateyourself #education #learn2learn #antiracismeducation ... See MoreSee Less