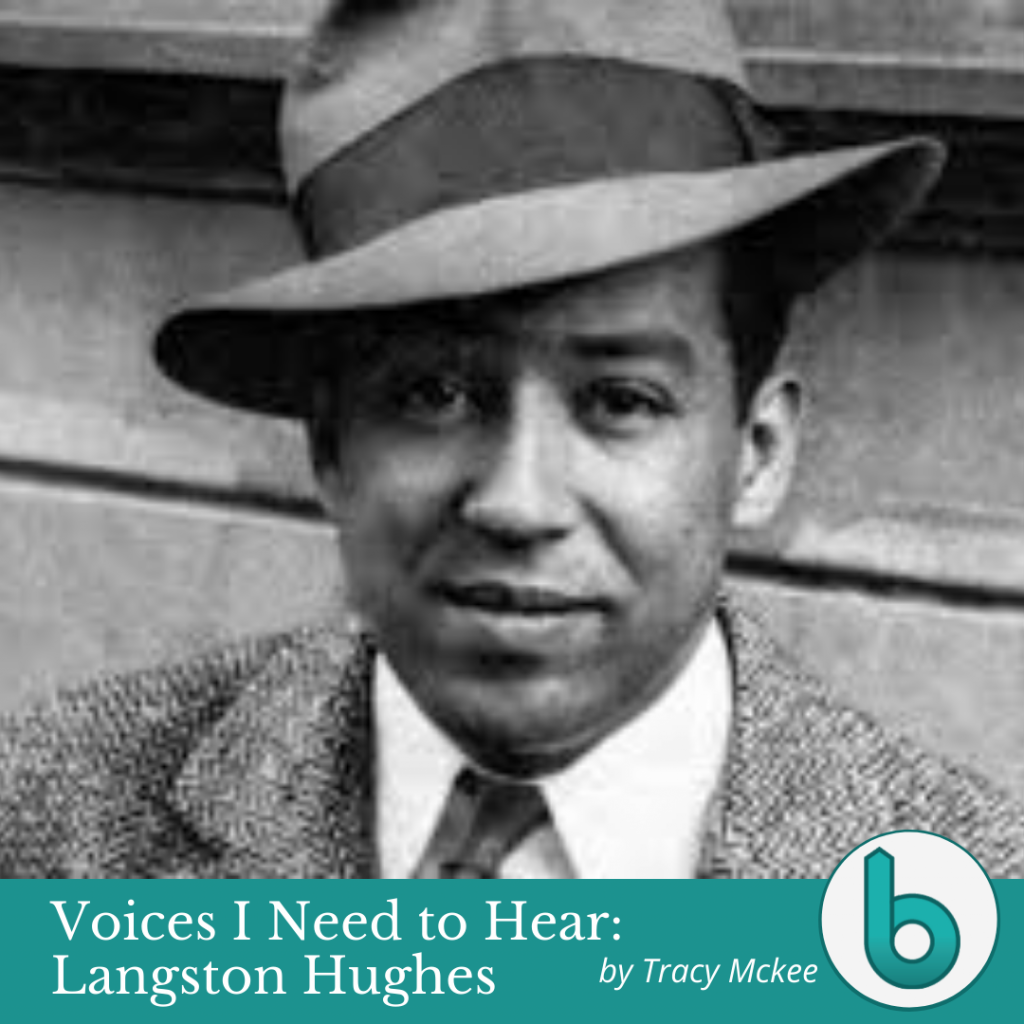 Over the past several months, I have been reading the works of Black authors and poets.  Part of my reading has included Langston Hughes’ poetry.  Langston Hughes (1902-1967) is a well-known figure in American literature and poetry.  Accomplished as a playwright, novelist, poet, and more, Huges was a key figure during the Harlem Renaissance, which established Harlem as a cultural cornerstone for Black Americans.

Hughes’ poems, rooted in the everyday, everyman experience of Black people, poignantly capture both the JOY and the suffering, the ACCOMPLISHMENT and the longing, the HOPE and the discouragement faced by Black Americans.  His words are insightful, telling, and haunting.  Here are a few of his poems that especially spoke to me.  Read more of his work at poets.org.

I am a Negro:
Black as the night is black,
Black like the depths of my Africa.

I’ve been a slave:
Caesar told me to keep his door-steps clean.
I brushed the boots of Washington.

I’ve been a worker:
Under my hand the pyramids arose.
I made mortar for the Woolworth Building.

I’ve been a singer:
All the way from Africa to Georgia
I carried my sorrow songs.
I made ragtime.

I’ve been a victim:
The Belgians cut off my hands in the Congo.
They lynch me still in Mississippi.

I am a Negro:
Black as the night is black,
Black like the depths of my Africa.

Well, son, I’ll tell you:
Life for me ain’t been no crystal stair.
It’s had tacks in it,
And splinters,
And boards torn up,
And places with no carpet on the floor—
Bare;
But all the time
I’se been a’climbin’ on,
And reachin’ landin’s,
And turnin’ corners,
And sometimes goin’ in the dark,
Where there ain’t been no light.
So boy, don’t you turn back;
Don’t you sit down on the steps,
’Cause you finds it’s kinder hard;
Don’t you fall now—
For I’se still goin’, honey,
I’se still climbin’,
And life for me ain’t been no crystal stair.

And the dark-faced child, listening,
Knows that Aunt Sue’s stories are real stories.
He knows that Aunt Sue never got her stories
Out of any book at all,
But that they came
Right out of her own life.

The dark-faced child is quiet
Of a summer night
Listening to Aunt Sue’s stories.