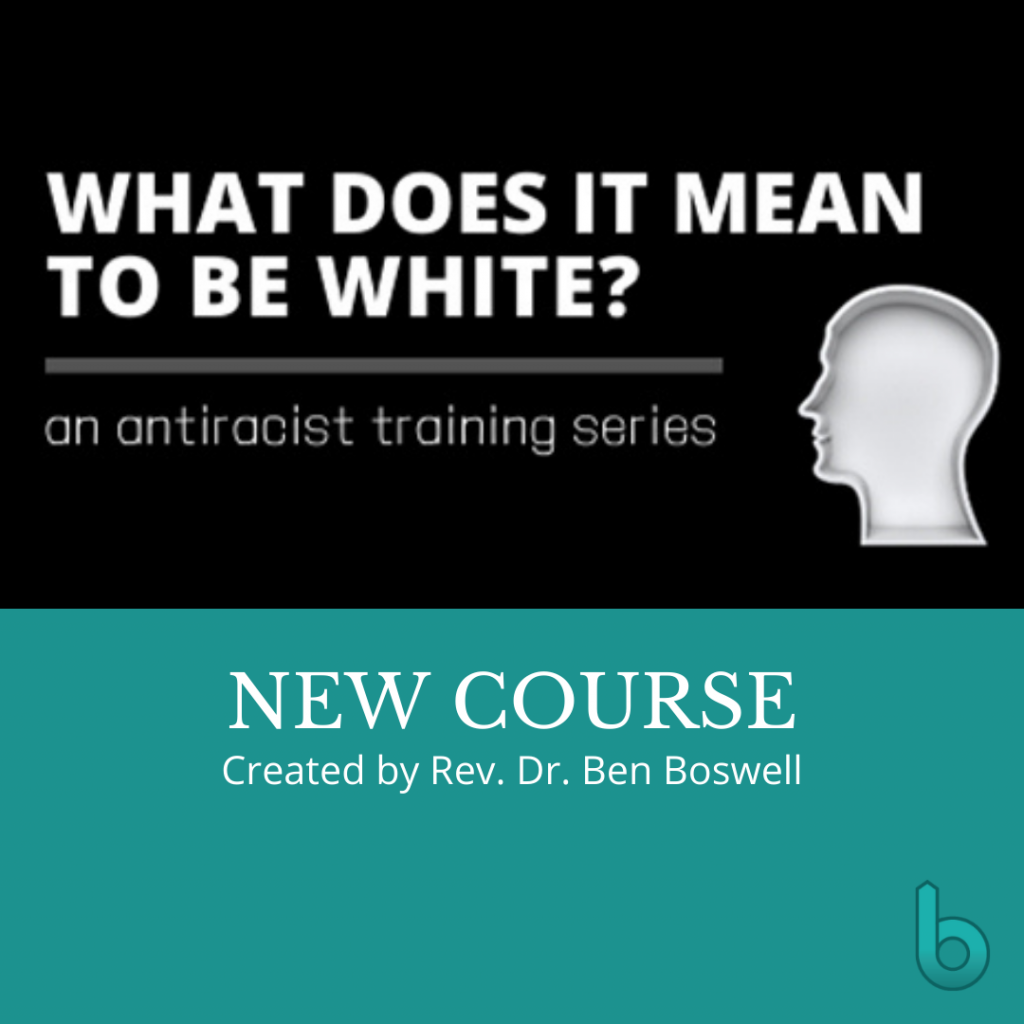 What Does It Mean to be White?

A friend once told me, “Racism hurts all of us, not just Black people.” So when I first heard that Myers Park Baptist Church in Charlotte would be doing a “whiteness” course, I was excited. I’ve been on a journey to understand race and racism since the death of Trayvon Martin, and it never fails that the next step always presents itself to me. There are so many good resources out there that I’ve learned from, but there’s something special that happens when you have the chance to be in conversation with people who are going through a similar journey. I was finally able to start my class this August, and I’m learning so much already!

People who are white need the opportunity to process what it means to be “white.” Rev. Dr. Ben Boswell, who created the course, says,

“When people who are racialized as white confront whiteness through the writings and films of Black authors, intellectuals and creatives in a small group circle of trust…they are able to see themselves with new eyes and transform dramatically from colorblind racism to take deeper responsibility for racial justice.”

I’ve appreciated all the writings/readings, poetry, and documentary films that we’re working through, because many of them are things I haven’t yet seen. I’ll admit it—over the course of my life, I have not spent a lot of time reading Black authors or watching films by Black filmmakers. I cannot think of one Black teacher I ever had either, even though I went to a half-black half-white high school in Ohio. I’ve had to ask myself, how can I really understand where the pain, anger, and trauma in the Black community are coming from if I’m not listening to THEM? By only listening to and reading white people, was I getting the whole story? I‘ve been operating in my own uninformed opinions.

When I first heard someone say that Black people understand white people better than we understand ourselves, I was a bit shocked. Was that true? Then I became intrigued. The more I studied race/ism, the more I understood how this is true. Black people and people of color have to constantly navigate the dominant white culture…often just to survive. But our dominant white culture is often invisible to white people—I know it was to me. So as I see it exposed through this “What Does it Mean to be White” class, it’s become even clearer that the things people of color observe about white people (like me) are true.

It wasn’t easy for me to come to this realization. Having grown up and been immersed in conservative faith communities my whole life, things about race were very difficult to see because of the worldview I had. This course exposes so much of the misguided and one-sided thinking I had. Some things never made sense to me UNTIL I took this class. Whiteness started making sense. And the safe space that has been cultivated there has allowed me to confront that.

The class takes work, but, as they say, you get out of it what you put into it. If we want to learn, grow, and change, and to be part of making change, we have to do the work! As for myself, it took the willingness to examine myself, to look hard inside myself and to be ok with facing hard truths. I’ve decided it didn’t serve anyone (especially myself) for me to be threatened by or afraid of this process. Self-reflection and the reflection on white culture we’ve been doing have been eye-opening. In fact, it’s been surprisingly freeing.

Wherever you are in your journey, you may want to consider whether this is the next step that has presented itself for you. It’s an important class if you’re at a place where you want to understand better why there are racial tensions, what is the perspective of POC, and maybe even “what am I missing.”

“What Does it Mean to be White” helps you to walk a mile in someone else’s shoes.

“As much as we want it to, the world won’t change until we ourselves become active participants in the expansion of consciousness and the restoration and healing of all things.”—Brian McLaren

Are you taking advantage of the resources that are presenting themselves to you? This may be the opportunity that you need to step into, and it’s more freeing than you might think. 😊 ❤️