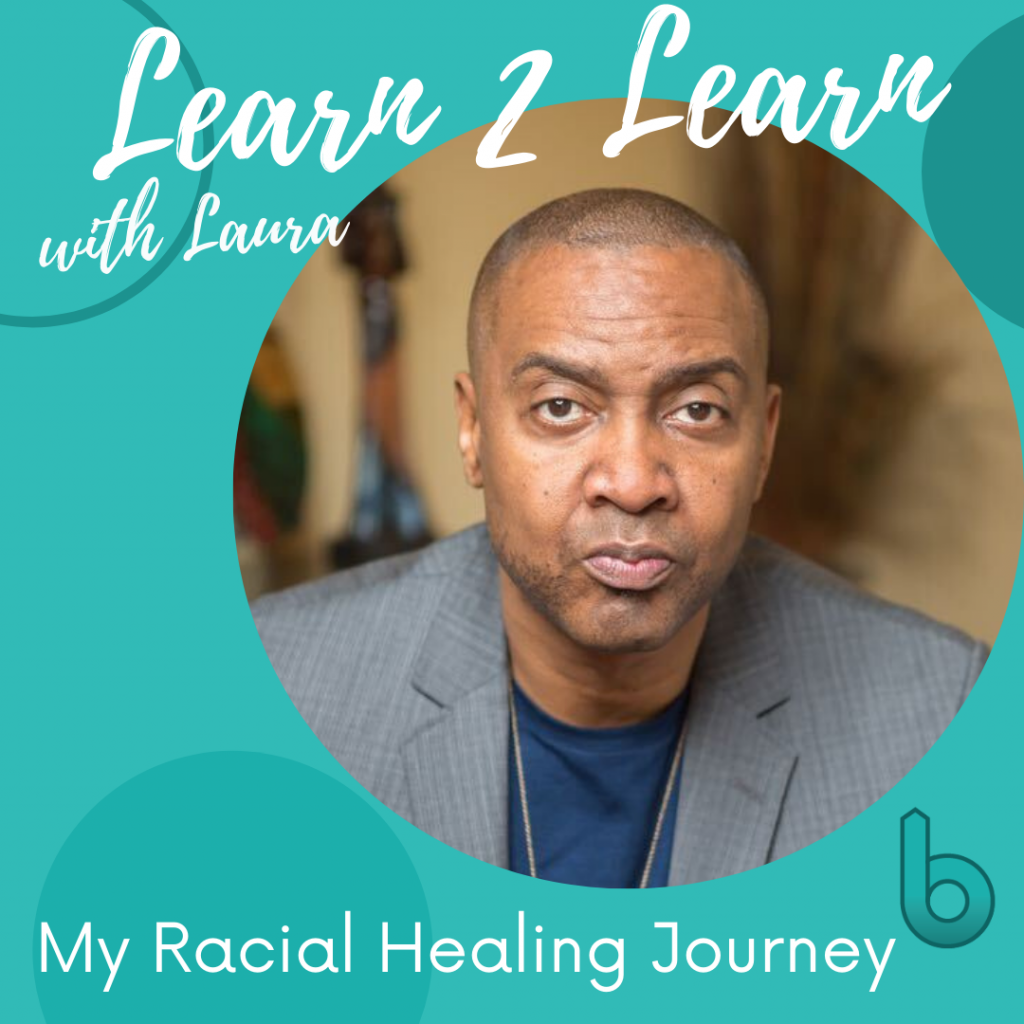 When I first became part of Brownicity in 2016, Lucretia Berry talked a lot about racial healing. It was the first time I’d heard the term. I’m not sure I fully understood what it meant, but I knew it was important and that developing What LIES Between Us reflected her own journey of racial healing. It would probably be safe to say that at the time, I thought it applied more to Black people than to White people like me because I didn’t experience racism.

Then in 2017, I was fortunate to co-lead a Be The Bridge group with my friend Vicki, who is Black and Puerto Rican. I learned soooo much from her through our very open and honest conversations. One thing I will never forget her saying is, “Racism hurts all of us, not just people of color.” Wow! Was that true? I let that sink in a long time and began to really consider how racism hurts me. Over the next few years, as I learned more about race/ism, I began to see how the history of our country IS the history of race in our country. And it was painful. Every time I learned something new that I’d never heard before or had never been taught in school—especially related to the oppression and racial terrors that had been done to the Black community—I began to feel the pain of racism, like in my gut. So racial healing now became important to me. I saw how I needed to heal from it, too.

This past year, I discovered Resmaa Menakem. Resmaa is an author, artist, and psychotherapist specializing in the effects of trauma on the human body, as well as relationships within Black families and Black society. He’s the author of the book, My Grandmother’s Hands: Racialized Trauma and the Pathway to Mending Our Hearts and Bodies. He tells the story of how at nine years old his grandmother would ask him to rub her hands. When he noticed how swollen and fat they were, she told him it was from picking cotton. She had carried the horror and trauma of that experience in her body her entire life, and without realizing it, he began a journey to understand racial healing.

Resmaa has a unique body of work that combines trauma work with body-centered (somatic) psychotherapy and racial justice. I’ve not heard anything else like it, but his work challenges us to reach down into those places where we feel the pain of racism, like I did, and to examine and explore that pain so that we can begin to deal with it.

He developed a new language and vocabulary for racial healing that emerged from years of working with communities around their racialized trauma, and the need for a language suited to explain somatic experiences that he and others were having. Some of the terms he uses are: “bodies of culture” (white bodies and Black bodies), “white-body supremacy,” and “somatic abolitionism,” “dirty pain” and “clean pain.”

It’s easy to find interviews on YouTube where he discusses these concepts. This one from Sounds True was especially rich and a deep dive. Resmaa discusses racism from the perspective of trauma and body-centered psychology with Tammy Simon and “unpacks some of the language he’s introduced into our vocabulary around racism, helping listeners to deepen their understanding of the structural and philosophical underpinnings of racism in the western world.” In the video, they “discuss the ways our bodies metabolize our experiences around racism, and the importance of finding healing in community.”

Here are a few things he shared that were especially impactful to me:

“You have to start with this construct—that the white body is the supreme standard against which all bodies in humanity are measured, structurally and philosophically. So then worth is structural not innate. Race has always been a species question, determining that people of color are not human.”

“We must not just be about abolishing white body supremacy cognitively, but also spend the time slowing down and beginning to abolish it in the body first. In the body and bodies, through reps, through practice, through ‘playing’ [which he defines], through working with all those different pieces…through conditioning and tempering. That it is our work, to start there first, not start with the cognition.”

Resmaa also discussed how white bodies haven’t dealt with this kind of pain, and how we’ve never examined as a culture what’s going on inside us related to race. We need to learn how to do that. “White ancestors were fleeing something too, so we need to explore the terror that may never have gotten resolved but instead got standardized,” he said. Capacity can be built up but it doesn’t happen overnight, and it’s not enough to do it individually.

One thing he cautions about working through racial trauma is that this work takes years, and commitment. He says, “This requires endurance, stamina, and discernment, built day-by-day, by practice and repetitions, and done in community, in a cultural container.”

I believe you will gain so much from exploring his work. I’ll definitely be picking up his book to work through as well, because there is racial healing work to be done in my own life. I’m thankful and grateful for the community Brownicity is creating — a sound space to work through the trauma of race –personally, physically, socially, systemically, and economically.

My Grandmother’s Hands: Racialized Trauma and the Pathway to Mending Our Hearts and Bodies