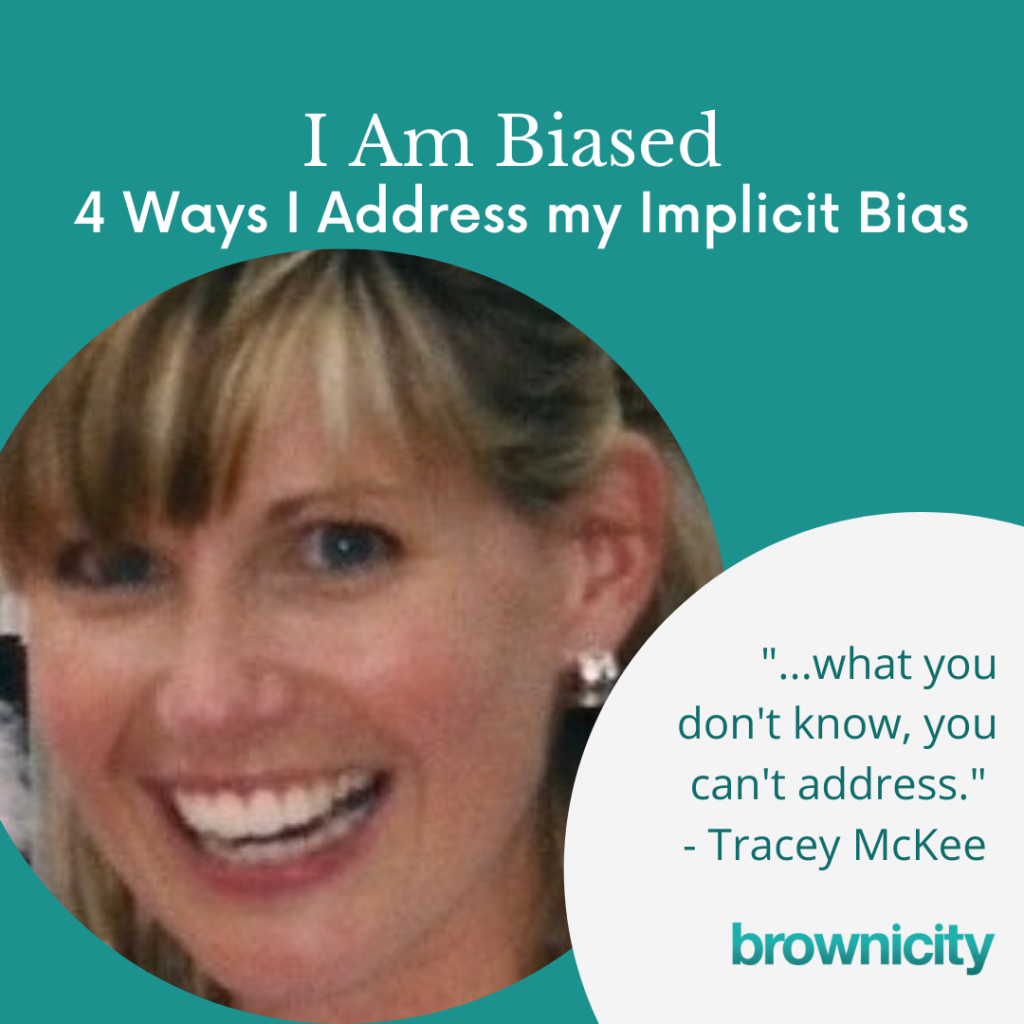 We are all biased; it is in our nature.  “A bias is a personal tendency, inclination, or prejudice toward or against something or someone” (Bias). Early in our lives, we begin to develop these inclinations, and parents, teachers, the media, Hollywood, our environments, experiences, and  the like influence their development. Biases can be as simple as preferring city life to rural life or country music to pop music. They can be helpful, like if we prefer water to soft drinks. However, biases become problematic, even dangerous, when they are about people and not based on facts, but based on stereotypes of people. In this context, biases can cause us to treat others negatively. For example, a White person might cross the street to avoid walking past a Black man based on their unconscious conditioning that Black men are dangerous. Or a person may ask a Hispanic or Latin American woman if she speaks English based on their preconceived notion that Hispanic or Latin American people are probably in the United States illegally and speak only Spanish.

To complicate matters, most of us go about our daily lives not realizing that we are biased or acting on our biases.

Over the past half-century or so, strong proscriptive norms have evolved that discourage overt category-based stereotyping and prejudice. On the surface, this seemed effective as numerous studies reported significant reductions in overt expressions of prejudiced attitudes. However, it was soon discovered that more subtle measures focusing on implicit or automatic evaluations and beliefs suggested no discernible reduction in stereotyping and prejudice. In other words, modern-day biased attitudes are just better hidden and/or reflect a more nuanced perception of groups and their members. (Marx 160)

If we are to begin bridging with each other across this country, we have work to do. Our work starts with us examining our biases.

A good place to begin is to take the Implicit Association Test. The test was developed by Dr. Tony Greenwald (University of Washington), Dr. Mahzarin Banaji (Harvard University), and Dr. Brian Nosek (University of Virginia). “The IAT measures the strength of associations between concepts (e.g., black people, gay people) and evaluations (e.g., good, bad) or stereotypes (e.g., athletic, clumsy)” (About the IAT). I took the skin-tone test to learn if I harbored racial biases; I found my results eye-opening and disappointing. I took the test twice and was scored ‘slightly to moderately biased against dark-skinned people’ despite my values. And, that’s just the thing with implicit biases; you don’t even realize it is lurking below the surface. And what you don’t know, you can’t address. And what you don’t face, you can’t change.

I hope you’ll join me in trying out the Implicit Association Test. Please know that it is not meant to make us feel bad about ourselves. The test intends to make us aware that misplaced inclinations might be guiding us in those nano-seconds we decide to cross the street to avoid passing a Black man or before we assume that a Hispanic or Latin American woman cannot speak English. Suppose we are aware that bias is at work in those moments of thought. In that case, we can make more intentional decisions about our behavior.

It is important to remember that biases are a natural function of our brain, and therefore, it is impossible to be completely unbiased. We can, however, work to lessen the strength of our negative biases and challenge the stereotypes they are based on. Here are some suggestions that might help you: