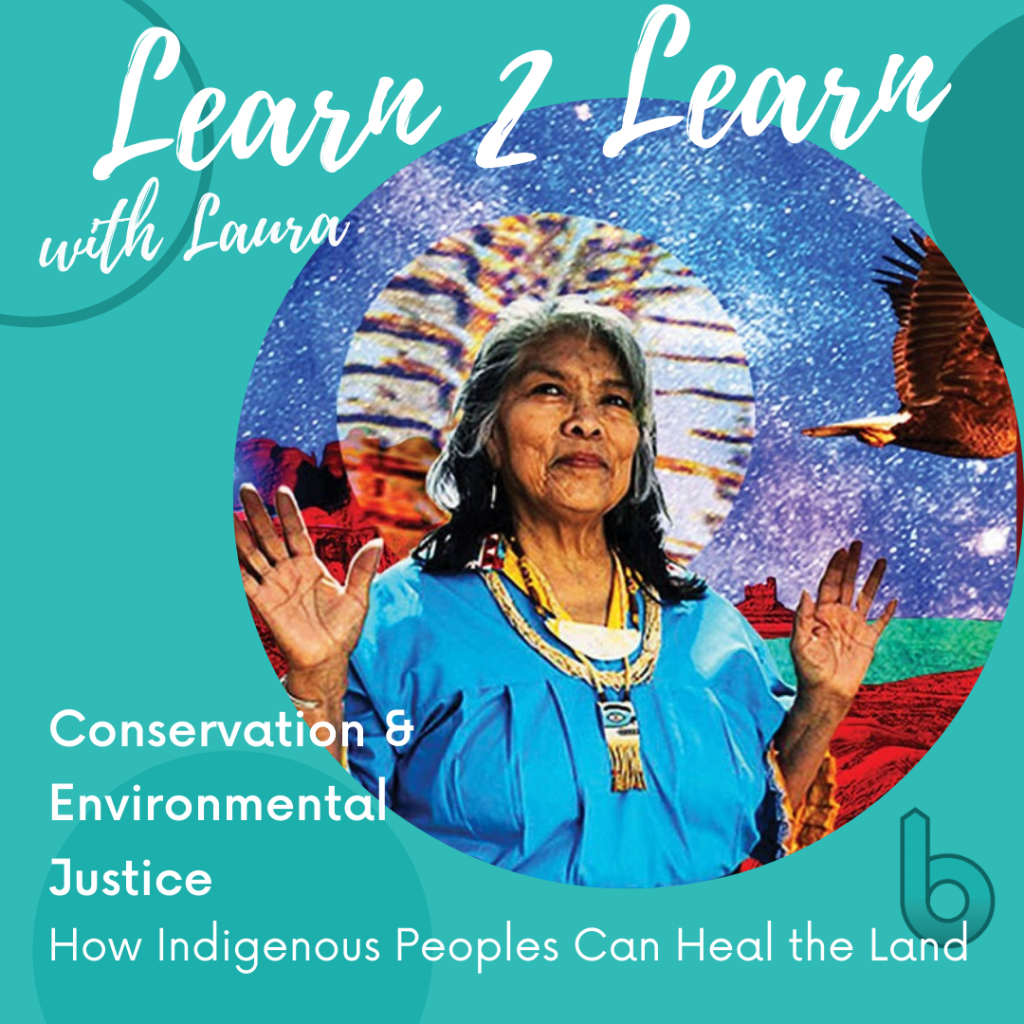 How Indigenous Peoples Can Heal the Land

There is a growing movement to return culturally and ecologically important lands back to their original occupants—the Indigenous people and local communities who had once lived there. In many cases, this means co-management in order to include Indigenous people’s direct involvement in the stewardship of the land, its wildlife, and its plants. Here are some of the things I learned as I tried to gain a better understanding.

An article by Yale Environment 360, How Returning Lands to Native Tribes Is Helping Protect Nature, describes how some tribes are using traditional knowledge, ranging from how to support wildlife to the use of prescribed fires, to protect ancestral grounds. Conservationists view this knowledge, formally called Traditional Ecological Knowledge (TEK), as complimenting “the global campaign to protect biodiversity and to manage nature in a way that hedges against climate change.”

If you look at it from a land justice perspective, we need to support a strengthening and healing of that relationship,” said Erin Myers Madeira, director of Indigenous Peoples and Local Communities program for the Nature Conservancy. “If you look at it practically, Indigenous people are the original stewards of all the lands and waters in North America, and there’s extensive knowledge and management practices that date back millennia.”

In December 2020, federal legislation began the process of returning the National Bison Range in western Montana to the Salish and Kootenai. The tribes are managing the range’s bison, and said their Native management approach is “steeped in the close, almost familial, relationship with the animal.” Tom McDonald, Fish and Wildlife Division Manager for the tribes and a tribal member said:

We treat the buffalo with less stress, and handle them with more respect. The tribes recognize the importance of bison family groups and have allowed them to stay together. That was a paradigm shift from what we call the ranching rodeo type mentality here, where they were storming the buffalo and stampeding animals. It was really kind of a violent, stressful affair.

The connection between Native people and wildlife is obvious in this opinion piece in Native News Online (October 2021). In it, Shannon O’Loughlin, a citizen of the Choctaw Nation of Oklahoma, made an appeal to put the wolf back on the endangered species list. She wrote:

The mutual kinship relationship between Native people and the Wolf can be traced back to the very beginning of many Creation stories, and the Wolf is an integral part of connection within traditional and cultural practices. A Sacred Relative, the Wolf is an integral part of our lifeways and traditions and we deserve a say in its preservation and management. Native Nations should be free to develop and implement culturally sensitive Wolf management programs.

In this three-nation study from the University of British Columbia, researchers analyzed land and species data from Australia, Brazil and Canada – three of the world’s biggest countries – and found that the total numbers of birds, mammals, amphibians and reptiles were the highest on lands managed or co-managed by Indigenous communities. This suggests that “it’s the land-management practices of many Indigenous communities that are keeping species numbers high.” Collaborating with Indigenous land stewards will be essential in ensuring that species survive and thrive in the future.

The campaign to return Indigenous land, or at least allow co-management, is a significant aspect of the global racial and environmental justice movements. In the American Indian community, it’s called #Landback. The idea is not new to Native people, but the rest of the world has finally caught up. Land Back “addresses the root of colonization—the theft of Indigenous lands including their destruction through resource extraction, the violence committed against Indigenous peoples to build capitalism across the country, and the effects that our communities still experience today.” (Land Back: A Necessary Act of Reparations, Non Profit Quarterly)

In this Atlantic article, David Treuer, an Ojibwe author and historian, advocates for the return of national parks to Native Americans as well. He writes:

The national parks are sometimes called “America’s best idea,” and there is much to recommend them. They are indeed awesome places, worthy of reverence and preservation, as Native Americans like me would be the first to tell you. But all of them were founded on land that was once ours, and many were created only after we were removed, forcibly, sometimes by an invading army and other times following a treaty we’d signed under duress.

We live in a time of historical reconsideration, as more and more people recognize that the sins of the past still haunt the present. For Native Americans, there can be no better remedy for the theft of land than land. And for us, no lands are as spiritually significant as the national parks. They should be returned to us. Indians should tend—and protect and preserve—these favored gardens again.

Treuer was also interviewed in this podcast, The Experiment Podcast: The Problem With America’s National Parks, where he further discussed how national parks were originally set up in a way that deprived Native people of their few remaining homelands. He said:

The original mythology of national parks is very much one of these really concerned, brilliant white guys—like Teddy Roosevelt and John Muir and George Bird Grinnell—saw that America’s sacred spaces, its mountains and its majesty, [were] being quickly eroded by an unruly, acquisitive Republic, and they needed to be preserved and protected from us so that we could continue to enjoy them. Parks seem like this great idea, and they are in so many ways. But in instance after instance, Native people were removed, tricked, defrauded, silenced, and—in short—shoved aside to make those parks.

Treuer says the National Park Service has made considerable progress in including Native voices in its programming and staffing. But he believes people would gain a new perspective on the national park lands if they were managed by Native communities. He said:

By removing Native Americans from those lands, park visitors were allowed to believe that the land was totally natural, untouched by humans. It also allowed park visitors to forget that Native Americans had ever lived there…When, in fact, everything that we think of as being unique about the American landscape was shaped by Native tribes for centuries before Europeans got here, through controlled burns as a way to cultivate food sources, and extend prairies and grasslands.

Imagine if a visitor is going to Yosemite, and they’re looking up at El Capitan or Half Dome, and they also know that Miwok Native people were murdered right where they’re standing, and they understand that they’re allowed to be there because this land has been returned to Native control in recognition of everything that has happened over the past few hundred years, it’s gonna shape what they see. They’re not going to be just gazing at Half Dome or at El Capitan; they’re going to be gazing at the face of America itself in a sort of honest way that doesn’t [evade] its dark and troubled history—or its dark and troubled present.

Here are just a few of the land transfers that have already taken place, returning land to the original, Indigenous communities:

Indigenous peoples around the world have a lot to contribute to environmental justice and conservation. In a time when climate change is a critical issue, and land has been stripped and exploited for natural resources, the worldview and generational knowledge of Indigenous people—that connects human and community health to the health of land and the environment—could make a significant difference in our ability to repair and bring balance to our ecosystems. The idea of returning land to them as a form of reparation for our long history of Indigenous land theft is equally compelling and would be a significant step toward healing—healing of the land and healing of humanity.

There’s so much more to learn, so take advantage of these resources! In addition to learning, you can support the work being done by Native peoples, elevate their voices, and bring awareness to others around you. The next time you visit a national park, I would encourage you to find out ahead of time who the original stewards of the land were and what was the history behind how they had to leave that land. Let’s #knowbetterdobetterbebetter!

Here are some great resources to continue learning about Indigenous conservation efforts.

🔗 President Biden, We Plead for Our Brother the Wolf (Native News Online, October 2021)

🔗 https://www.fws.gov/southeast/our-services/native-american-tribes/ (US Fish and Wildlife Service, 2019)

📚 The Heartbeat of Wounded Knee: Native America from 1890 to the Present (Author and historian David Treuer is Ojibwe from the Leech Lake Reservation in northern Minnesota. He has a Ph.D. in anthropology, and teaches literature and creative writing at the University of Southern California. Riverhead Books, 2019)