#BlackInSTEM Leads the Way Out of 2020 and Into the Future Feature image: The women who created #BlackBirdersWeek and the #BlackAFinSTEM collective in 2020. Source: NOVA / Illustration by Nina Chhita

Most would agree that 2020 was not a year we ever want to repeat. Between the disproportional devastation of the pandemic and the killings of unarmed Black people, it was an especially difficult year for Black and Brown communities. But in the wake of all that, something beautiful, something joyful, something uplifting, something almost magical happened. In the summer of 2020, Black scientists all over the globe, across many different disciplines, connected with each other online and came together — what started informally to support each other quickly grew into something much more impactful!

As a microbiologist, and as someone who is absolutely committed to antiracism, I was beyond excited that I stumbled across this movement! As a genuine science nerd, I love science so much that it’s unfathomable that BIPOC who also love science might not be able to follow their dreams and make their own contributions because of historical and ongoing structural discrimination. It was exciting to see the joy they shared across the internet as they connected, felt supported, and began creating, innovating and making things happen. Together, they facilitated digital spaces to increase visibility in STEM. That’s something to get excited about!

Nature tells more of this story in “The Hashtags that Brought Black Scientists Together” (Nature, August 2021):

Online communities forged last year sparked collaborations and conversations about diversity and equity in academic research. Black researchers in dozens of scientific fields took to social media in 2020 to find, connect with and promote one another using hashtags such as #BlackinCancer, #BlackinPhysics, #BlackBotanists or #BlackinSTEM. What began with #BlackBirders week evolved into a succession of 20 #BlackinSTEM weeks that ran until December. They brought together global communities of Black scientists who plan to continue annual social-media events, and have even formed non-profit organizations dedicated to the task.

As the second year of such events for Black researchers got under way in 2021, Nature interviewed five researchers who organized and participated in the #BlackinSTEM weeks, which you can read more about here. They discuss the impacts and rewards, including career opportunities, collaborations, and meaningful institutional actions. They also discuss important connections they made with new colleagues, weeklong events they organized, and foundations they created.

One of the main catalysts for these connections was the experience of Black birder Christian Cooper in Central Park in 2020. After that incident, a #BlackBirdersWeek was organized, and many other Black scientists picked up on the idea. Nova put together a beautiful animated video short to accompany Christian Cooper as he tells his story of The Joys and Challenges of Birding While Black (PBS, 9/3/20). Click here to watch! 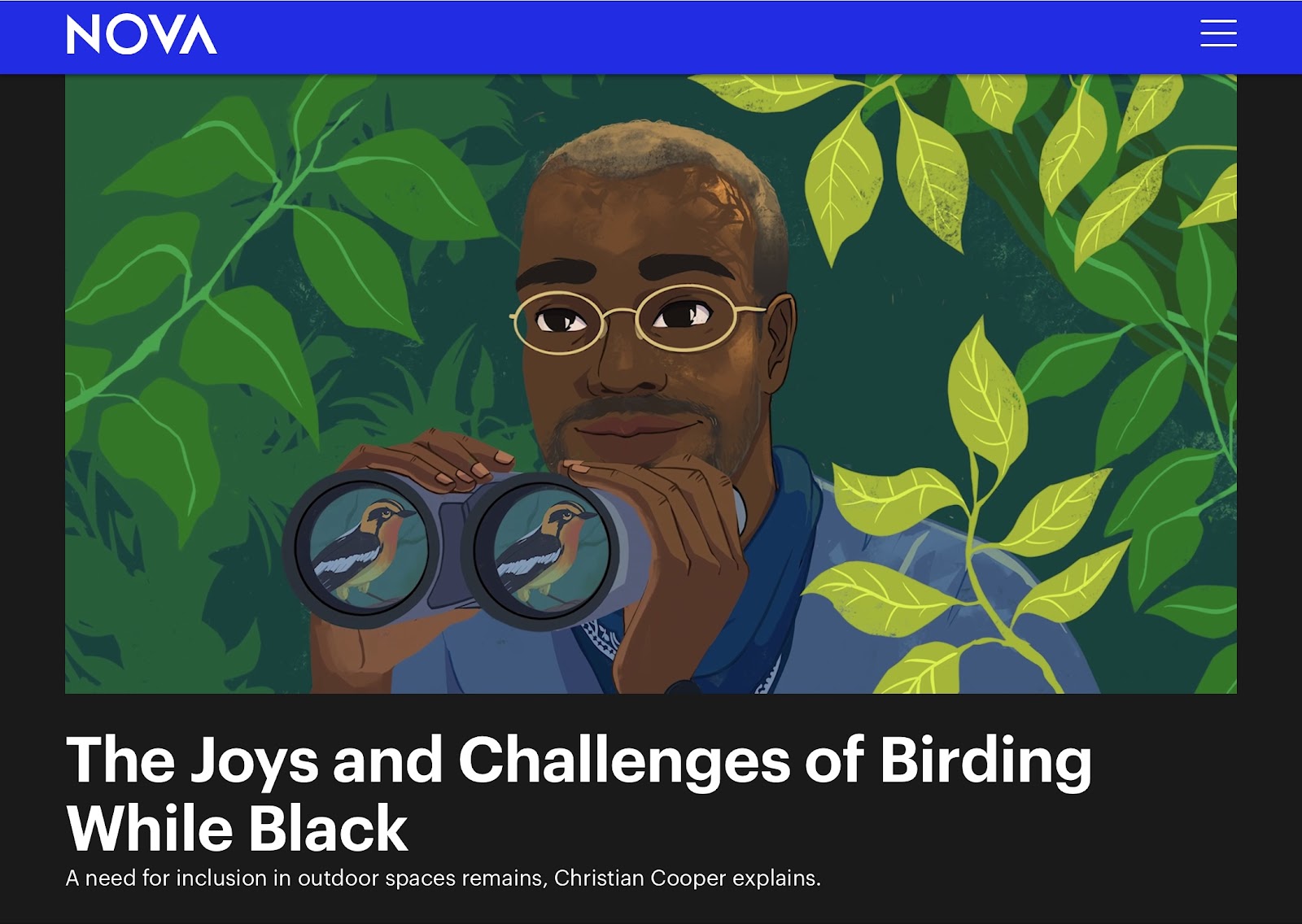 THE STRUGGLE IS REAL

As discussed in this article Inaugural ‘Black in X’ Weeks Foster Inclusivity and Empowerment in STEM (NOVA, December 2020):

[The events of 2020 also] left many in the scientific community evaluating their own role in addressing inequities in their fields. Despite years of progress, people of color continue to be underrepresented in science and engineering. Although Black Americans make up 13% of the U.S. population, just 5.4% of Ph.Ds are awarded to Black candidates, according to data from the National Science Foundation. In fact, in 2017 there were more than a dozen fields—largely subfields within science, technology, engineering, and math—in which not a single doctoral degree was awarded to a Black person anywhere in the United States.

These graphs visually show some of the gaps and inequities BIPOC face in STEM. 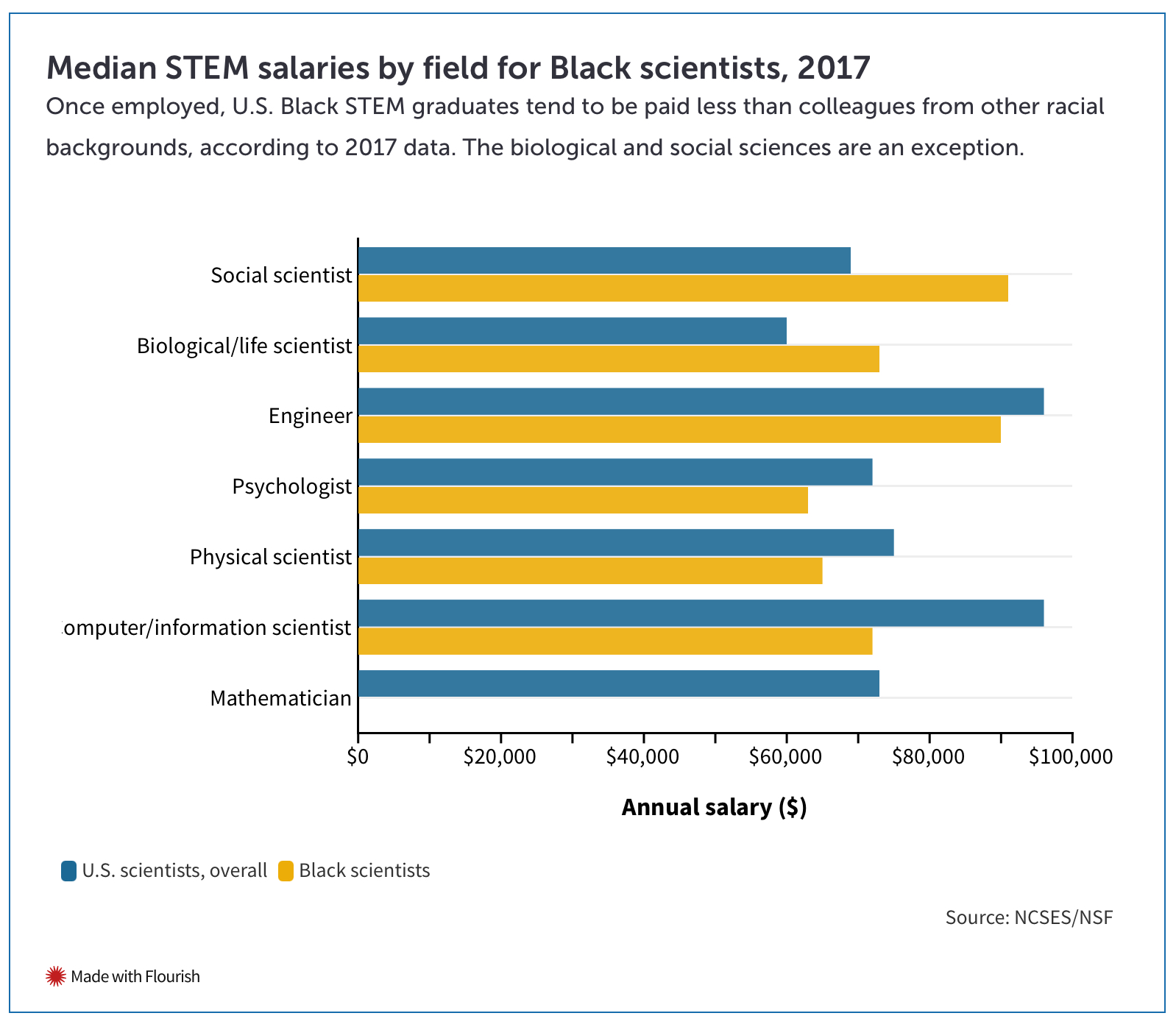 The inequities have been with us for a long time in science. In this episode of Quirks & Quarks, Black in Science Radio Special (CBC Radio Canada, 8/13/21), the hosts discuss the legacy of racism in science and how Black scientists are moving the dial. You can listen to (or read) the conversation here. They delve into the history of biased and false “race science” that for hundreds of years was used to justify slavery, exploitation, and exclusion, including the grossly erroneous (and thoroughly debunked) science of American doctor/anatomist Samuel George Morton. They said this:

It’s no coincidence that the rise of race science came at the same time as the rise of industrial Black slavery. European societies that wanted to justify colonialism and slavery were all too happy to support science that excused the exploitation of others.

This has left a terrible legacy in systemic racism that in the past and present has, on one hand, led to misunderstanding and mistreatment of Black people by the scientific and medical community, and on the other has created obstacles for talented Black researchers that prevented them from fully participating in the scientific process.

Nicole Mortillaro says: “…even though more Black scientists…are getting opportunities in the science world, that doesn’t mean it’s an even playing field. Structural racism is not just a barrier to entry – it’s an entire system. Dr. Roberta Timothy still faces many barriers when it comes to doing her work.” Dr. Timothy responded:

“I can give you one example. Okay, CIHR [Canadian Institutes of Health Research], they had a call for rapid COVID Research. I know five different Black-led research groups that applied for this funding — no one got it. Now, this was in May, when we knew that there was a disproportionate, you know, number of Black folks who are getting COVID-19, and yet our research was not funded. So I say that, I say that to say that we are often not funded, Black researchers, particularly when you’re doing research that challenges or wants to dismantle anti-Black racism, and that, of course, then limits our ability to do major interventions, right, major programs, major supports.”

It may often be one step forward, two steps back, but I’m inspired by the resilience and perseverance of so many Black and Brown scientists to keep pressing forward, in spite of the “statistics” that seem to be against them. I love how that image above gives you the impression that they are superheroes. I think they are. It shouldn’t have to be so hard, but sometimes it seems they do have to be faster than a speeding bullet, more powerful than a locomotive, and able to leap tall buildings in a single bound!

Black in Marine Science co-organizer Alex Troutman said this, “While we as minority scientists continue to face many challenges throughout our career, we continue to show our resilience. Just like sea turtles, we started from the bottom and dug our way out, navigated over rough terrain, through obstacles, and escaped predators so that we can thrive!”

I encourage you to explore, especially on Twitter, and see what kinds of amazing things have been happening with Black scientists in their fields, as well as learn more about who they are.

Here are some more of the hashtags that can be searched on social media!

And here are a few #BlackScientists I found and love! 🤎😍🖤

https://twitter.com/classycheminist/status/1451977465153429504?s=21 Dr. Daniels is an analytical chemist who teaches chemistry, is a chemistry researcher, and wrote a children’s science book called Building My Self-eSTEAM in Science. She says, “Don’t be afraid to introduce science just like you would a 1st language.” 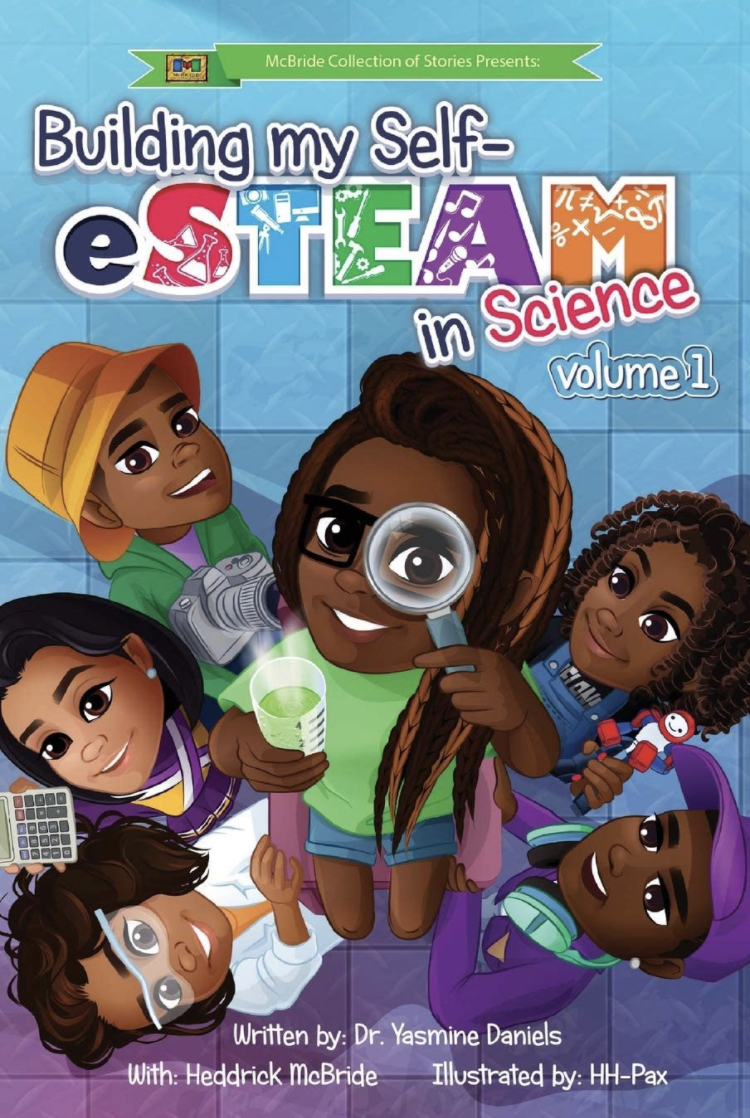 have joined together to recruit / train more Black STEM teachers in England.

Priska Reynolds says, “For me, the role of a teacher goes beyond standing at my board and explaining quadratics. It goes way beyond that. The pupils deserve to have somebody there who is knowledgeable in that respect, yes, but also shows that people like us do belong in these spaces. A woman walking down the corridor who wears her hair in braids, for example, i.e. me, can also teach maths as her day job, and that is professional.”

In a pinned tweet, Dr. McGee says, “For the new folks, I’m Dr. Earyn McGee, Herpetologist and Science communicator! I use #FindThatLizard to teach people about lizards, conservation issues, and social issues. Each week I post a photo of a lizard camouflaged in its natural environment and you all have to find it!”

Dr. Pittman is an organizer of #BlackinMicro and a postdoc in biochemistry at the University of North Carolina at Chapel Hill. In her interview with Nature, she said, “The door is open for conversations about race now. Most people probably still aren’t comfortable with the subject. The biggest change I’ve seen at institutions is a lot of committees and task forces rising up to address not only the recruitment but, just as importantly, the retention of trainees of colour.” She went on to say:

The biggest shock of the #BlackinMicro(biology) week was suddenly realizing that my white-majority colleagues have had a certain level of support and networking all along — and I’d been missing out. It doesn’t exist for a lot of underrepresented scientists; often, the feeling of ‘otherness’ can make it hard to network at conferences. By using the #BlackinSTEM hashtags when seeking help, I don’t feel as if I have to first prove myself to be a good scientist despite my race. I made tons of connections with other Black postdocs and faculty members. I continue to meet people through the groups that have arisen since then; for example, #BlackinMicro is now a non-profit organization. It’s one of the first times I’ve felt I could have professional connections with Black female colleagues who experience the same challenges as I do.

It’s been eye-opening to see how much each #BlackinSTEM group accomplished, often with a handful of organizers, all of whom treated it as a second or third ‘job’, and to compare that with progress at institutions. The contrast is stark. Each #BlackinSTEM group started with zero funding and no organization, and with people who didn’t know each other and ‘met’ on a hashtag. But it’s a challenge for institutions to show what they have achieved over the past year, and what they will do going forward.

Despite discrimination and barriers in the field, Black mathematicians, scientists, and engineers have made incredible contributions to STEM throughout history. Along the way, it’s also important to identify and honor historical Black scientists and find encouragement in those who  overcame the obstacles to make significant, though often unrecognized, contributions to science. Here you can Meet 7 groundbreaking Black scientists from the past (Quirks & Quarks, CBC Radio, 8/13/21).

I’m hopeful that these important connections will be one giant step toward closing the gaps and inequities Black scientists face. I hope that all of us who are committed to dismantling racism will continue to raise awareness, support BIPOC, and influence change in our systems where we can. Let’s be committed to supporting them in whatever ways we can — give them a follow! And I hope you, your friends, your families, and the kids in your life will be inspired by these #BlackScientists and fall in love with science, too!!

Note: One of the widely accepted definitions of STEM is the National Science Foundation’s definition. STEM fields include mathematics, natural sciences, engineering, computer and information sciences, and the social and behavioral sciences – psychology, economics, sociology, and political science.

The Joys and Challenges of Birding While Black (PBS/NOVA, September 2020)

The hashtags that brought Black scientists together (Nature 8/16/21)

These 6 graphs show that Black scientists are underrepresented at every level (Science News, December 2020)