Black History Is YOUR History 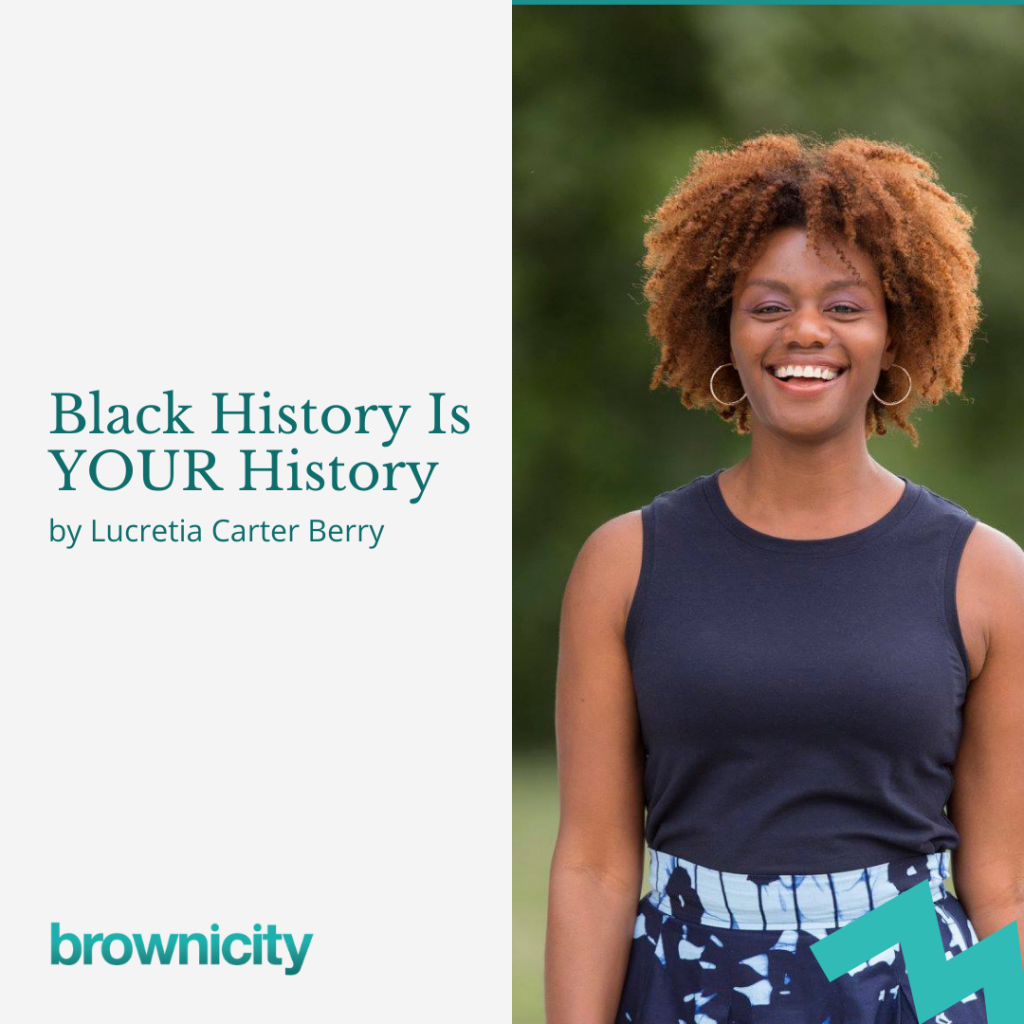 When I was in elementary school, one of my teachers told us that Black Americans had not made significant contributions to our country. With this announcement, I was inundated with a sinking sensation of shame and embarrassment. Not because I believed my teacher’s lie, but because I knew how the lie discounted and devalued the lives of humans made in God’s image. Our stories are not simply chronicles of events but are pages in a greater human narrative revealing God’s love. The narratives we inherit, hold, and cherish carve a collective identity, and when entire people groups are rendered invisible, we lose valuable parts of God’s expression. We lose parts of our collective identity.

Almost every student in central North Carolina takes field trips to Old Salem, a living history museum depicting the restored Moravian community originally settled in 1766. As we’d visit the houses, shops, and churches, the perspectives, beliefs, and culture of eighteenth and nineteenth century Moravians came to life. Even as a married adult with children, I’d stroll through the historical streets of Old Salem talking with our little girls about the Moravians who built and lived there, “This is where they made candles. This is where they gardened. This is where they worshiped.”

One day while on a stroll, a historian took us inside a small church and unfolded a story that grabbed me. This small church, the “Negro Church,” was erected in 1823 following a congregational vote to segregate worship in accordance with the 1816 state law. Before this state sanctioned segregation, Moravian enslavers and enslaved Africans worshiped together in one church. I was dumbfounded. The school field trips never mentioned that the Moravians, who were regarded as peace-keepers, failed to stick to their initial plans to prohibit enslavement. And before further aligning with racist laws, the Salem Moravian church was a multi-racial congregation.

I sat in awe of what I had just learned. In sorrow, I peered over at the Negro Church graveyard. I stared at dilapidated, weathered grave markers, wondering about the perspectives, beliefs, culture, and lived experiences of the enslaved Africans who had helped Salem create and maintain its historical standing. I wondered about their families, where they gardened and made candles. Could they have known the liberty of Christ while still enslaved by the nation? I wondered why the lives of the Africans who helped sustain life for the Moravians had not been captured in the living history of Old Salem. And why hadn’t we been taught that the White Moravians exiled African-Americans to a separate Black Moravian church? I grieved, and the grief held onto me.

A few years ago, during our annual family reunion, I sat reading, engulfed in the written family history assembled by our family historian. We’ve always orally shared known pieces of family history, so holding a written, more comprehensive account was new and special. The story began in 1736 in Guinea, West Africa and continued to Salem, NC. I could not believe what I was reading. The enslaved Africans who helped build and sustain Old Salem was — is — my family! The church I grew up attending is an extension of the Black Moravian church I had toured in sorrow and grief. At that moment, I wanted to run back to Old Salem and retouch the walls my ancestors had erected, to revisit the spaces within those walls that they had created. I wanted to re-collect the Moravian and African story.

I have since learned of Old Salem’s initiative, Hidden Town Project, dedicated to research and reveal the lives, experiences, and culture of enslaved and free Africans who once lived in Salem, NC. Now, school children will not only awe over the Moravian way of life but will also have the opportunity to discover and honor African-American lives whose stories had been hidden and rendered unworthy of sharing.

Carter G. Woodson, in 1915, fifty years after the abolition of slavery in the United States, saw that scholars were not conducting comprehensive studies of Black history. Woodson, along with prominent minister Jesse E. Moorland, founded the Association for the Study of Negro Life and History (ASNLH), an organization dedicated to researching and promoting achievements by Black Americans and other peoples of African descent. They recognized the African-American experience as integral to American history. They write,

“We should emphasize not Negro History, but the Negro in history. What we need is not a history of selected races or nations, but the history of the world void of national bias, race, hate, and religious prejudice. There should be no indulgence in the undue eulogy of the Negro.” (1927)

Because the second week of February coincided with the birthdays of Abraham Lincoln on the 12th and Frederick Douglass on the 14th, which Black communities had celebrated since the signing of the Emancipation Proclamation, Carter G. Woodson designated it as Negro History Week (1926), the forerunner of Black History Month.

Black history is not just my history; it is America’s history. It is to our collective advantage to learn the stories and histories beyond the narrative of European conquests and colonization. When my White elementary school classmate announced to the class, “I wish we could go back to a time when Black people were slaves,” I knew that he had no connection to my God-expressed humanity and significance. He did not see Black people as God-image bearers bearing witness to the Divine. He simply perceived me and all Black people as props in a singular European-American story. Yes, the Black experience in America entails the brutality of chattel slavery, exploitation, and injustice, but from those ashes have risen an expression of God’s resilience, creativity, and love! We celebrate that not just in the month of February but for the whole year — for our whole lives.

Is your understanding of U.S. history inclusive of Black people beyond enslavement? Whose voices are you listening to as we celebrate Black History Month?