A Viral Message Shows How Representation Matters in Medicine 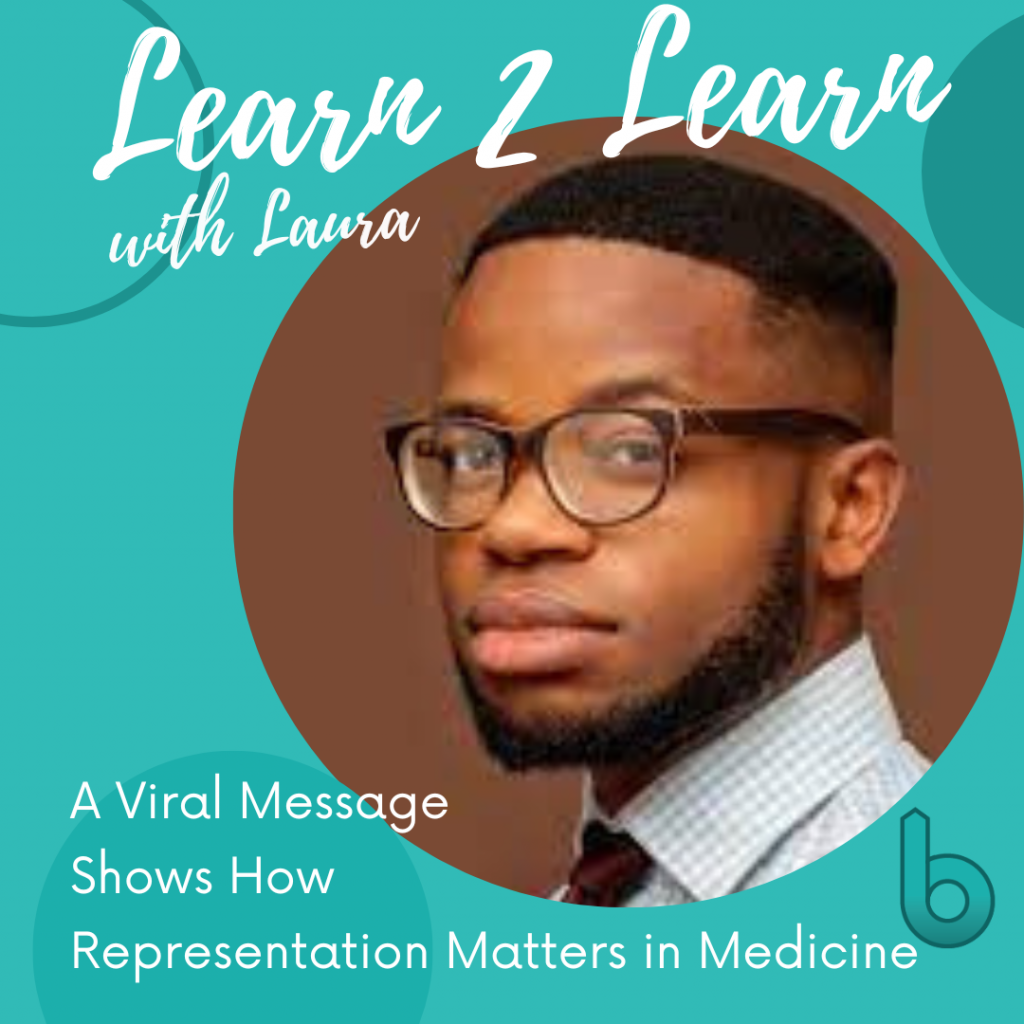 In December 2021 an illustration of a Black fetus in the womb went viral on social media. People commented that it was the first time they had seen a depiction of a dark-skinned fetus or pregnant woman. Have you ever seen a medical illustration featuring a Black body? I can’t say that I remember ever having seen one myself, either in school biology classes or in doctors’ offices. In fact, few people have.

Chidiebere Ibe, 25, is behind the viral image. A chemist and medical student from Niger who had planned to enter the Kyiv Medical University in Ukraine before the Russian invasion in February 2022, he realized there was little representation of Black people or skin tones other than traditionally “white” skin in medical literature. So he began making his own medical drawings in July 2020. He describes himself as a self-taught medical illustrator and spent at least a year learning to draw anatomy, focusing on Black skin.

“I made a deliberate action to constantly advocate that there be inclusion of Black people in medical literature,” he said in an interview with NBC News. Many of his illustrated images show skin conditions that are prevalent with Black people, and how those conditions present on darker skin, which can be very different from how they present on white skin tones. Ibe hopes his drawings will help combat misrepresentation that often leads to misdiagnosis. He is hopeful that in the future the medical textbooks will include these drawings.

In his April 2022 TEDx talk, How Diversity in Medical Illustrations Can Improve Healthcare Outcomes Chidiebere Ibe advocates for better representation in medical illustrations.

Sociologist Patricia Louie became interested in the lack of diversity in medical illustrations when she noticed posters in a doctor’s office that only featured white/light skin tones as patients. As a master’s student, and later as a PhD, she conducted several studies with colleagues exploring the racial diversity in medical textbooks and why representation is so important.

In a 2018 study, as reported in CBC News, they found that in over 4,000 images featured in Atlas of Human Anatomy, Bates’ Guide to Physical Examinations and History Taking, Clinically Oriented Anatomy and Gray’s Anatomy for Students, the proportion of dark skin tones represented was very small. Atlas had fewer than one percent of photos featuring dark skin, while the highest amount — five percent — was included in Gray’s.

“The research shows that even though Black [people] are less likely to get skin cancer than whites, they’re more likely to die when diagnosed,” Louie said. Imagery of six common cancers for people of color or dark skin tone hardly exist in the textbooks, according to the study, which suggests unequal health care could result. Louie said mortality rates for some cancers, including breast, cervical, lung, colon and skin, are higher on average for Black people, who are often diagnosed at later stages of the disease. Skin cancer would require doctors to look for melanomas on nails, hands and feet, but none of the textbooks included images of what that would look like in dark-skinned patients, and this raised questions to the researchers about whether physicians are adequately trained to treat people of diverse races.

A later study of skin color in dermatology textbooks in 2020 by Patricia Louie and other colleagues was done to see if the numbers had changed. They found “minimal skin type diversity, with only 4.5% of images showing dark skin. In dermatology, visual diagnosis and pattern recognition are affected by the background skin type.”

Unfortunately, the presence of systemic/structural racism in medicine has been known for decades, but not much has changed, as shown in this report by STAT News. Going back two decades, “Unequal Treatment” was the first major report to point to longstanding systemic racism — not poverty, lack of access to health care, or other social factors — as a major reason for the nation’s deeply entrenched health disparities. The authors, a blue-ribbon panel of the National Academies’ Institute of Medicine, hoped their work would kickstart a national discussion and lead to much-needed change. At the time, the report sent shock waves through the medical field and it was hailed as a wake-up call for medical professionals. As the report says, not much has changed and our nation hasn’t made much progress addressing health equity:

[T]oday, the disparities — poorer outcomes and higher death rates for nearly every medical condition the panel examined — and the structural racism underlying them, remain. That grim truth has been made startlingly clear by both the pandemic and by statistics that show Black Americans continue to die up to five years earlier than those who are white.

One of the first things I learned when I began my antiracism journey in 2012 was that representation matters. For most of my life as a person who identifies as white, I hadn’t given this a lot of thought. But I began to learn that if we want to dismantle the racism that’s been built into our culture and work toward equality for those who have been marginalized, then representation matters. As I paid attention to this over those next months and years I began to gain a better understanding of the why.

Representation does matter — it matters for self-esteem, confidence, validation, dignity, health, and life:

CHANGE IS SLOW BUT COMING

What is being done to make sure there is representation in the healthcare and medical industry? As I searched online to try to get a glimpse of what is being done, I was encouraged to discover many academics and organizations who are actively studying exactly these inequities, and addressing the “racist underpinnings of the knowledge and organization of the medical profession, both historically and as they manifest today” (@laurendolsen on Twitter). My hope is that there is now enough momentum building as studies are generating data that can no longer be ignored — that a deep, rising desire for change in the persistent racism that harms people of color will bring a significant shift.

It’s incredibly disappointing that artists who have traditionally done medical illustrations in the past didn’t think to represent the variations in skin tones of different racial and ethnic groups, which are obvious when you look around our world. It very likely could have saved lives. But Ibe is here now and I’d like to believe he’s the right person at the right time — “for such a time as this” — and the world was ready for it. He’s already disrupting the medical world, being asked to speak at multiple venues and include his drawings in a publication. I’m hopeful that change, slow as it may be, is coming. As he says, “The idea of being ‘diverse’ is not that people themselves are diverse, but that systems, healthcare, companies, schools, etc., need to be diverse.”

Skin color in dermatology textbooks: An updated evaluation and analysis (Journal of the American Academy of Dermatology | April 2020)

20 years ago, a landmark report spotlighted systemic racism in medicine. Why has so little changed? (STAT News | February 2022)

https://www.gold-foundation.org/ The Arnold P. Gold Foundation champions humanism in healthcare, which they define as compassionate, collaborative, and scientifically excellent care. This Gold standard of care embraces all and targets barriers to such care. They empower experts, learners, and leaders to together create systems and cultures that support humanistic care for all.