The Colorful Image of God 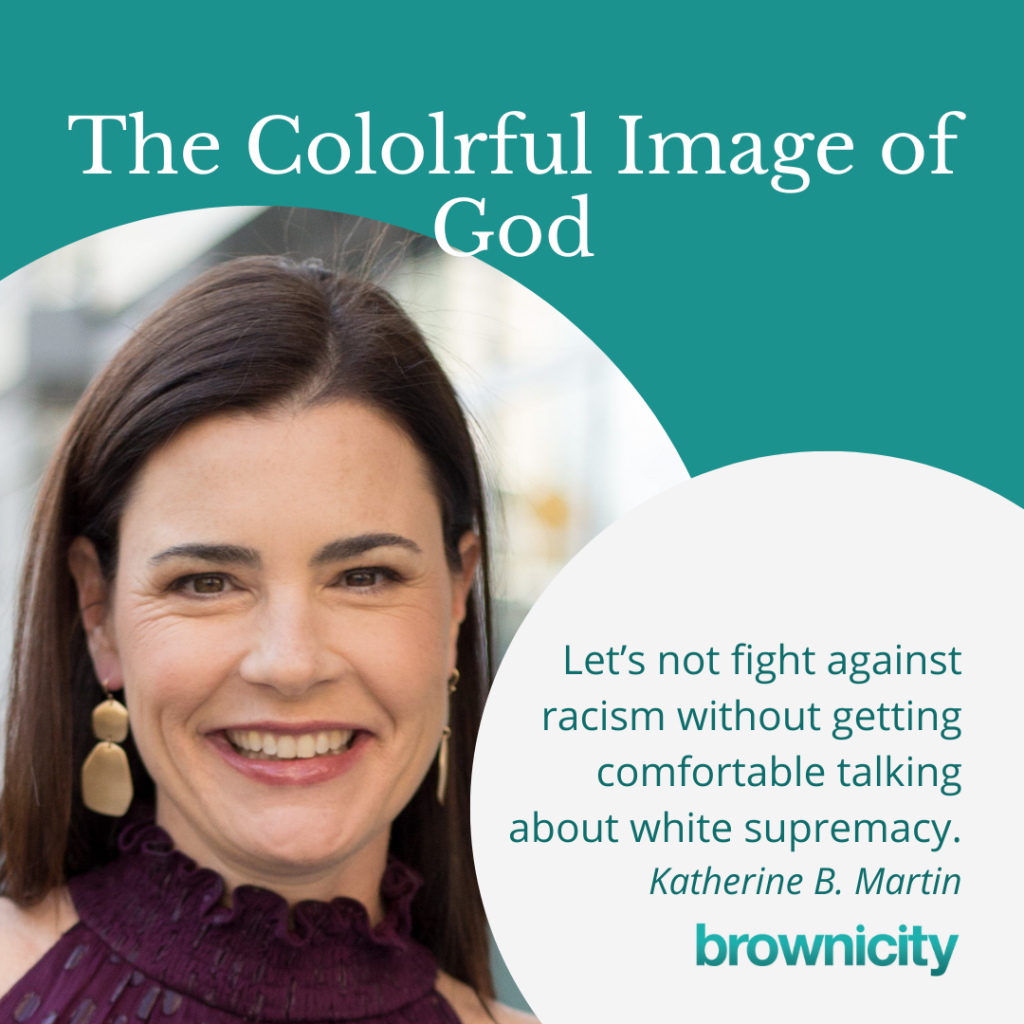 When this post goes live, less than three weeks will have passed since the horrific, racially- motivated shooting near Buffalo, NY.  As I thought about what I wanted to share in my post, I couldn’t not start with the tragedy that took place only 48 hours ago. I watched coverage on the news last night, learning more about the victims, and wept. My sadness was deep and yet I know for anyone who is Black, their sadness (and rage, and lament, and anger, and devastation and so much more) is different than what I feel. You see, while there are sadly many murders and acts of violence perpetrated against people who happen to be White in our country, these acts are never about their White bodies. This is the key difference. For my Black brothers and sisters (and I use this phrase intentionally because I believe that we are all connected by a loving God who created ALL people in his image) and other People of Color in America right now, the murders and acts of violence against them are precisely because of their race. As I mourn with the families of the victims in New York, I want to point us back to the root of this crime, and many others like it, in the hopes that we can all continue to learn together, and fight together. After the incident:

Latasha Morrison, founder of Be The Bridge, said this: “Folk is more concerned about us using the word white supremacy rather than naming the system which upholds racism. White supremacy is an ideological system that is killing people.” (Read full post on Instagram.)

Jemar Tisby, author of How to Fight Racism, shared this: ”If we look at shooters like the one in Buffalo as the only type of people to whom the phrase “white supremacist” applies, then we miss all the daily and common ways that countless others endorse the same ideas that undergirded his murderous actions.”

I want us White people to get more comfortable with talking about white supremacy and whiteness.  To quote something I heard educator Tema Okun say recently, “I can’t talk about racism without simultaneously talking about white supremacy.”  For me, when I first started thinking about my White skin and the messages I gave to and got from the world because of it, I didn’t quite understand the connection to white supremacy. Wasn’t that phrase reserved for members of the Klan or other extremists filled with hate? I think the answer is yes, we can certainly call such people white supremacists, AND the country we live in today, and the systems that are a part of it (education, healthcare, criminal justice, housing, etc.) were also all built on the idea of white supremacy. I like this description of white supremacy by Racial Equity Tools: In the past, the term construed extremist groups like the Ku Klux Klan and the neo-Nazis. Now this term refers to a political and socio-economic system where white people enjoy structural advantages and rights that other racial and ethnic groups do not. Many white people are unaware that this system exists, which is one of its successes. (The link above has lots of great resources, FYI.)

When I first sat in trainings related to race and racism, my heart would race really fast. I would feel a nervousness about the content, an extremely uncomfortable feeling in my belly. That hasn’t fully gone away (discomfort causes growth!), but it has lessened a lot, I think in part because I now more fully understand how our country was built. (I only knew a piece of the story fifteen years ago.) Terms like white supremacy no longer make me anxious because I now know it is an accurate description of something very real. Our friend Marrion-Webster defines supremacy as “the state or condition of being superior to all others in authority, power, or status.”  The way I am treated when I walk into a store, apply for a job, buy a car or house, get pulled over for speeding, or a host of other actions is superior compared to the way that my BIPOC friends can be treated. There is a racial hierarchy that puts Whiteness at the top and Blackness at the bottom and every other skin color somewhere in between. It is white supremacy ideology that led an eighteen year old kid to open fire in a grocery store located in a community of color this weekend, but it is also white supremacy ideology that allows us as a nation to be okay with the fact that Black mothers die in childbirth three times more often than White mothers or the reality that Black boys earn less in adulthood than White boys who grow up in families with comparable incomes.

I’m looking at my White brothers and sisters in particular- let’s not desire the best for all people without naming how whiteness operates in our country.  Let’s not fight against racism without getting comfortable talking about white supremacy. Let’s continue to do our own work as White people but let’s be intentional about listening and learning from BIPOC community members. Let’s help our White friends understand what it means to live White in this country so that the horrific shooting outside of Buffalo doesn’t only become about gun laws or mental health or free speech on the internet….let’s be sure white supremacy stays at the center of the conversation.

Katherine B. Martin has more than twenty years of work experience in the corporate and nonprofit sectors and has spent most of her career fighting for educational equity for children. She obtained a BA from Wake Forest University and had the opportunity to take a class from Maya Angelou during this time. Angelou’s heartbeat for people and belief that “once you know better, you do better,” was a piece of inspiration for Katherine’s first book, The Colorful Image of God. In her book, she shares her spiritual awakening to race and racism that started more than a decade ago; her hope is that the book gently calls other White Christians into what can be intimidating conversations in order to inspire them to play a bigger role in uprooting racial injustice. Katherine lives in Charlotte, NC with her husband, Lee, and three young children. You can learn more and subscribe to her blog at KatherineLearns and follow her on Instagram: @katherinelearns.