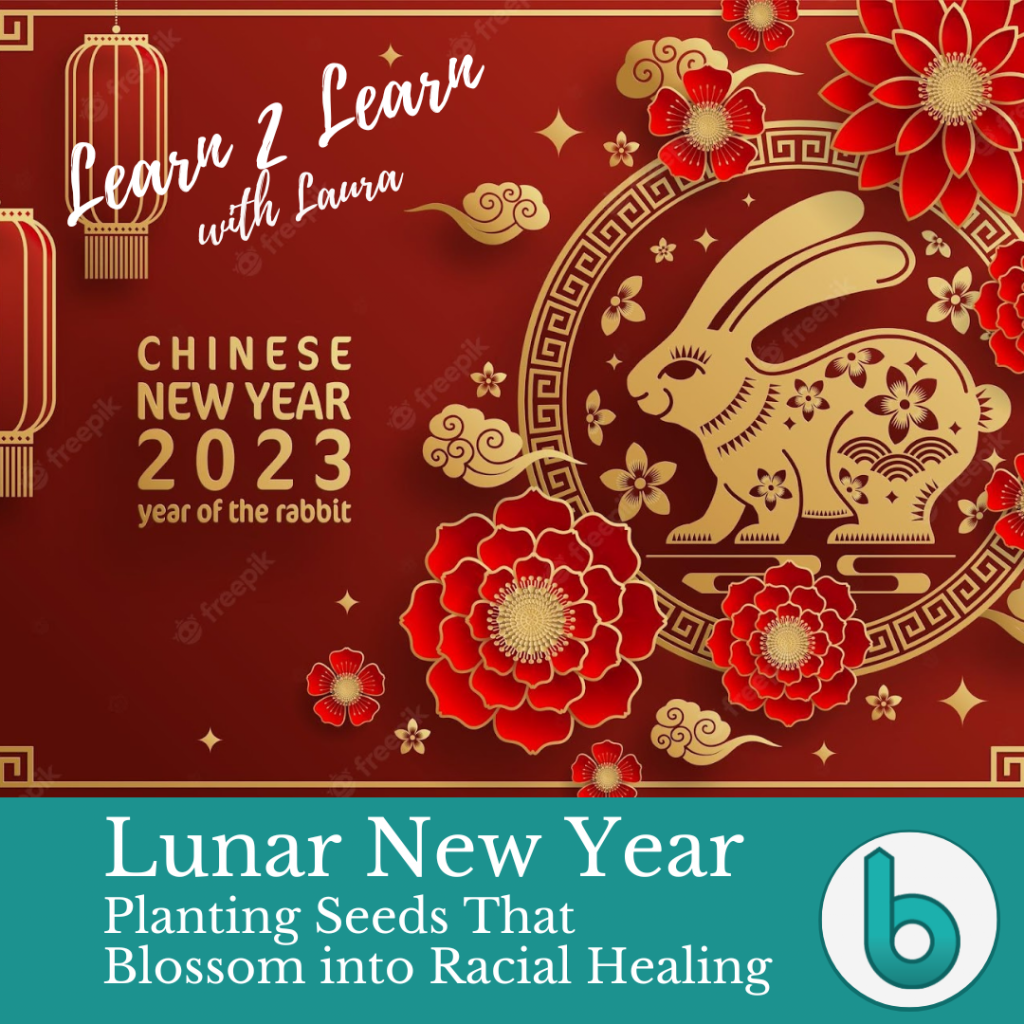 Growing up in Akron, Ohio in the 70s, I knew next to nothing about Asian culture. My first exposure was going to a Chinese restaurant with my grandmother as a child. She took me to one particular restaurant because she worked in a doctor’s office for a Chinese American woman doctor, Dr. Wong, and her husband ran a restaurant they owned together. For the life of me, I don’t know why I decided to order something spicy, because the food we ate in our home was never very spicy, but being somewhere around 10 years old, I don’t think I knew what I was getting into. I seem to remember that my face was on fire for a while, and water didn’t help! But I do remember Mr. Wong coming over to our table to say hello to my grandma and to meet me. It may sound like a small thing, but somehow all of that experience planted a seed that allowed me to see a little beyond the White cultural bubble I was growing up in. It’s a memory that stayed with me, and I believe those kinds of experiences help to normalize diversity for children.

When I later moved to southern California after college, where my parents had moved a few years earlier for work, I quickly realized what a multicultural city the greater Los Angeles area was. Between my job at a large pharmaceutical and a multiethnic, multiracial church I joined, I had many Asian coworkers and friends who were immersed in the vibrant AAPI cultures that could be found in the southern CA area. At their invitations to be part of everything from huge Filipino birthday celebrations for 1-year-olds, to trying Cantonese Dim Sum and Vietnamese bánh mì sandwiches, to volunteering in local communities, I began to develop an openness to learn and understand their cultures. It was there, somewhere in my late 20s / early 30s, that I was invited to my first Chinese New Year celebration held in February. The truth is, I was unaware there was such a thing — I was surprised I’d never learned that many Asian countries celebrated the New Year at a different time than we did in the US. What was more surprising was learning how big the holiday was around the world – on par with what Christmas is in the West. These were more seeds that were planted.

As it turns out, I was born in the Year of the Rabbit 1963! So in light of Lunar New Year 2023, which began January 22 and will run through February 5th, here are some interesting things I learned about the holiday.

🏮 Lunar New Year is celebrated in many Asian countries, such as South Korea, Thailand, Philippines, Vietnam, and Mongolia. It’s one of the most important holidays of the year throughout Asia to spend with family and friends. Though some traditions are shared, others are unique to each country’s cultural identity. It is the most notable annual celebration in Chinese culture, comparable to Christmas in the West. Thousands of people normally travel to visit family, although that has gone down in recent years due to the pandemic.

🏮 From the first day of the Lunar New Year (the day of the new moon) to the 15th day (next full moon), Lunar New Year celebrations abound. Each day holds a special significance that varies according to local traditions. Before the arrival of the new year, homes are thoroughly cleaned to sweep away ill fortune and to welcome good luck. Then on New Year’s Eve, families gather to celebrate and enjoy traditional feasts. Finally, at midnight, they greet the new year with fireworks.

🏮 The cycle of 12 Chinese Zodiac animals rotate each lunar new year with the five elements of wood, fire, earth, metal, and water, each associated with their own “life force” or “chi” (and corresponding luck and fortune), and each rotating on its own cycle. Each year, a unique animal and element combination is presented. That special combination is thought to bring unique qualities and symbolism to the year. It takes 60 years for the same combination to present itself again.

The Rabbit of 2023 falls under the wood element, with water as a complementary element, so 2023 is actually the year of the “Water Rabbit,” also known as a “Black Rabbit.” Why black? In Chinese traditional culture, the color of water is actually black, according to Dottie Li, Voice and Voice Coach of Rosetta Stone Mandarin. Water also means fortune, so this year should hold the promise of good fortune.

Watch this video to learn more about the Year of the Rabbit:

Lunar New Year 2023: What’s in store for Year of the Rabbit?

🏮 The mythology behind Lunar New Year celebrations in China dates back thousands of years. One legend tells the story of a beast named “Nian,” which means “year,” who would emerge on the last night of each year to destroy villages and terrorize people and livestock. A wise elder advised villagers to scare the monster away with loud noises, fire, and the color red. So it became a tradition for families to decorate their doors in red paper, set off fireworks, and leave lanterns burning all night. Villagers celebrated the first day of a new year with the greeting Guo Nian, which means “survive the Nian.” That tradition has continued to this day, with Guo Nian now meaning “celebrate the new year.” Learn more here.

🏮 Interestingly, there’s not much of a Lunar New Year celebration in Japan. The Chinese lunisolar calendar was introduced to Japan in the sixth century CE, and it was the principal method of timekeeping in Japan for centuries. Japan shared its Lunar New Year celebration with China, Korea, and Vietnam, on the second new moon following the winter solstice. But in 1873, as part of the Meiji Restoration, Japan adopted the Gregorian calendar to bring the country in line with the West. At that time, the prevailing attitude among many Japanese elites was that Asian practices were inferior to Western ones, and would hold Japan back unless they were abandoned. Read more here.

🏮 For the first time, the 2023 Lunar New Year will be celebrated in California as an official state holiday! It’s the first time anywhere in the U.S. this has been done for the Asian American community, an act by California to show its solidarity with the Asian American community, especially in light of recent anti-Asian hate. 👏🏼👏🏽👏🏾 Read more here.

I encourage you to look in your local area to see if there are still any Lunar New Year celebrations happening near you that you can check out and explore with friends or family. This one small gesture can plant a seed that grows and blossoms into bringing racial healing.

The Asian American community has endured a lot of trauma in the last few years (and the last few days as of this writing) and they need all of us to support and help them heal and recover. We can start doing that by honoring and celebrating their heritage cultures, reaching out to build authentic relationships, engaging in community, listening and sharing stories, and restoring their dignity by embracing them as people who belong in this country.

If we get close and get familiar with those we don’t know, we begin to understand them and they become less different, less intimidating, less threatening. This is all part of racial healing — it was for me. I’m grateful for the 18 years I lived in the LA area, and how it allowed me to see, from my own relationships and experiences, the value that Asian Americans bring to our country and that they brought to my life. I’m glad to call many of them my friends.

Lunar New Year 2023: What’s in Store for Year of the Rabbit?

Why Vietnam Is Celebrating the Year of the Cat, Not the Rabbit

While many ring in the Year of the Rabbit, Vietnam celebrates the cat

Lunar New Year 2023—Hopping into the Year of the Rabbit!

⭐️Photos from Around the World: 2023 Lunar New Year Celebrations – The Atlantic⭐️