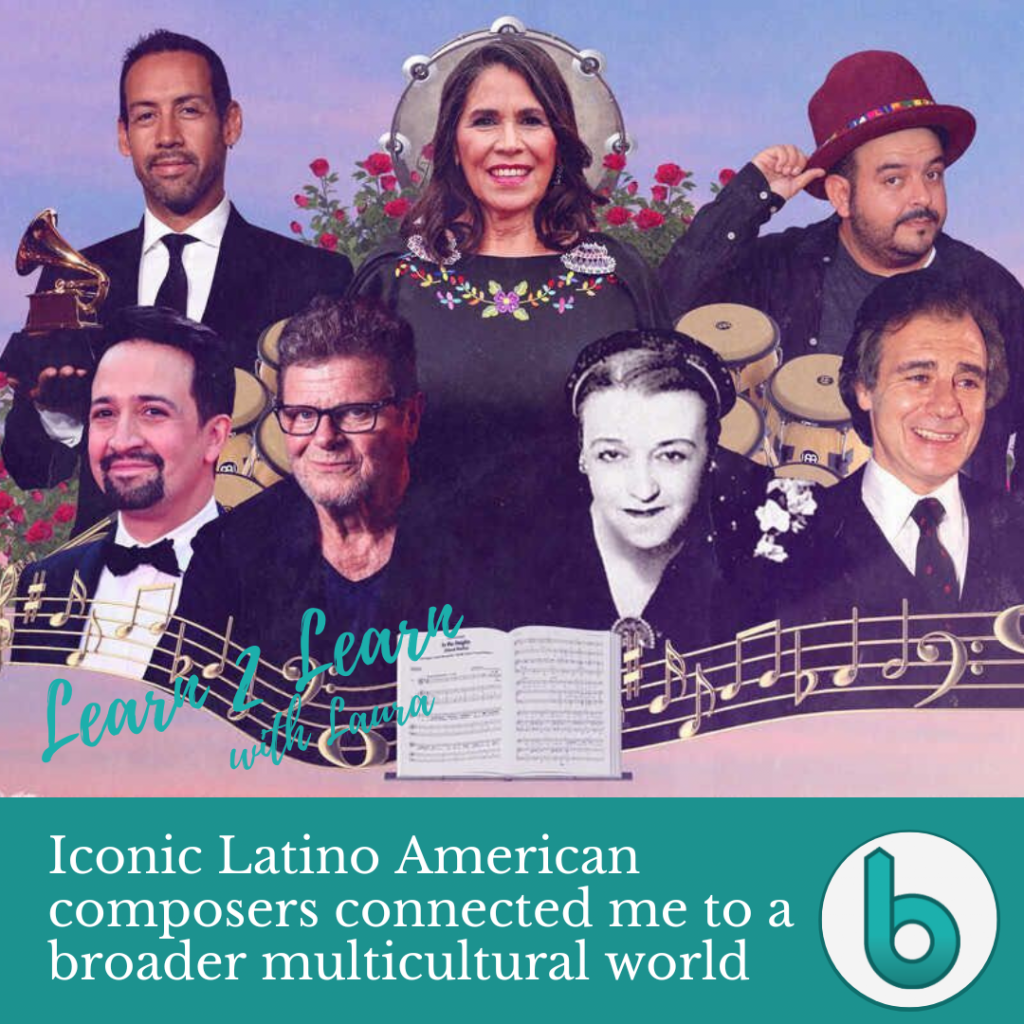 Did you know that Latino musicians and composers are responsible for some of the most iconic music in the film industry?

If you’re like me, you’ve probably never heard of most of these Latin composers (except for one) who are featured:

María Grever (1885 – 1951) was the first female Mexican composer to achieve international acclaim. María Joaquina de la Portilla Torres was born to a Spanish father and Mexican mother. She studied music in France and later in Mexico. In 1907, the then 22-year-old de la Portilla married Leo A. Grever, an American oil company executive, and in 1916 became a U.S. citizen, moved to New York City. In 1920 she began work as a film composer for Paramount Pictures and 20th Century Fox studios.

Grever wrote more than 1000 songs — the majority of them boleros — and her popularity reached audiences in Latin America, Europe, and the United States. She is best known for the song “What A Difference A Day Makes” (originally “Cuando vuelva a tu lado”), which was popularized by Dinah Washington and has been covered by numerous artists.

Lalo Schifrin created one of the most iconic 1960s TV themes ever for the show Mission Impossible. I grew up watching this show in the 60s and 70s, so I can’t even count the number of times I have listened to the Mission Impossible intro, but I had no idea who had composed the theme. As I listened to the theme song again this time (which is provided in the article) with “different ears,” knowing it was composed by this expert Latin artist, I could hear the obvious blending of Latin and jazz sounds I had never noticed before. And it just shifted the whole way I thought about this music.

I want to pause here to reflect and point out that this is the really fun part about learning for me, and I’m searching for a metaphor here — it can be like opening a window and breathing in the fresh air on the first day of spring after being holed up all winter. I just feel like WOW! That is so amazing! I had no idea! Or maybe it’s like taking a vacation and seeing a place you didn’t know existed and you’re awestruck by its beauty or culture or uniqueness. There’s a new awareness, a new connection, and I love that feeling! For me it’s a newness of discovery when something is not what I thought it was, and this happens often on my antiracism journey as I try to dismantle stereotypes and untruths. But rather than feeling like my whiteness is under threat, or being fearful it takes away from what I thought belonged exclusively to white people, I open myself to the freshness of seeing something in a new light. I gain an appreciation for those who are representing their culture and their heritage and what I can learn. I get excited because it allows me to grow and connect to the broader multicultural world.

Schifrin has blended jazz and Latin American rhythms and sounds for more than 100 film and TV shows. The 90-year-old composer once described to NPR his ideal musical style: “There’s an imaginary world in which a street of Vienna intersects an avenue from New York. And in that corner, there is a tavern. And in the tavern, there is a piano, and there you can encounter Gustav Mahler, Beethoven and Dizzy Gillespie, and they are exchanging ideas. It’s a gigantic jam session.”

I would love to be in that tavern! Learn more about Lalo Schifrin here in a 2007 NPR interview with him.

Gustavo Santaolalla is one of the biggest names in Latin music, as well as a giant in the film industry. Among other notable music, and several Grammys and Latin Grammys, he won an Oscar for his Brokeback Mountain score in 2005. As they describe him, “…he pioneered the fusion of rock and Latin American folk…he modernized tango…and he produced Latin alternative and rock en español hits” for many artists and bands. You can learn more about him when you listen to both this 2021 story and this 2006 story from NPR.

Accomplished Mexican drummer Antonio Sanchez composed the score of The Birdman (2014) as a full drum set score — something that had never been done before. This was a special connection for me because my 22-year-old son is a drummer and loves jazz, so of course I’m going to pass this along to him to make sure he has a chance to hear this amazing musician.

Then there’s Lin-Manuel Miranda, a musical genius who needs no introduction. Just mentioning Hamilton and Encanto conveys so much. My husband, who is a son of Cuban immigrants and grew up in a very culturally Cuban community in Southern California, has watched Encanto over and over again. I think he’s enthralled with it partly because of the brilliance of capturing the culture in the music. Learn more about Miranda in this 50-minute story.

That leads to Germaine Franco, who worked with Lin-Manuel Miranda on Encanto. He traveled to Colombia to find inspiration in the diverse musical styles of the country, and Franco wanted to honor the Afro-Colombian community. She says. “People forget how amazing it is that they managed to escape from the colonies and have their own communities. The women there sing and play and chant to a special marimba you can only get there. I had one built and I had it shipped here.”

That score made Franco an Oscar nominee — putting her “far-from-household name” on the ballot next to industry titans like Hans Zimmer (Dune). She is, incredibly, only the sixth woman in Academy Award history to be nominated for best original score, and the first Latina. More than that, Encanto is Disney Animation’s first feature to be scored by a woman — ever.

For Coco, Pixar’s animated love letter to Mexico, Franco arranged and orchestrated the score. She brought in familiar elements from her childhood along the El Paso and Juárez border and added the sounds of folkloric dancing. Franco also produced all the recording sessions, with 50 master musicians from Mexico.

The story rounds out with producer Camilo Lara, from the group Mexican Institute of Sound, who worked on the film Coco with Franco. He also sampled hip hop and electronic music to create loops and beats for films like Y Tu Mamá También and Thor, and produced a song for the new film Black Panther: Wakanda Forever.

It’s only a short read or 7-minute listen — unless of course you listen to all the other pieces about these wonderful artists, which I hope you’ll do. You may also want to explore some of the other stories in the “Latinos in Hollywood” series here. Enjoy and open up that window of discovery!

Without these Latino composers, Hollywood wouldn’t sound the same : NPR

The Beat-Man Behind ‘Birdman’ : NPR

Sure, ‘Encanto’ has fun songs and a sweet story. But Germaine Franco made it groove : NPR